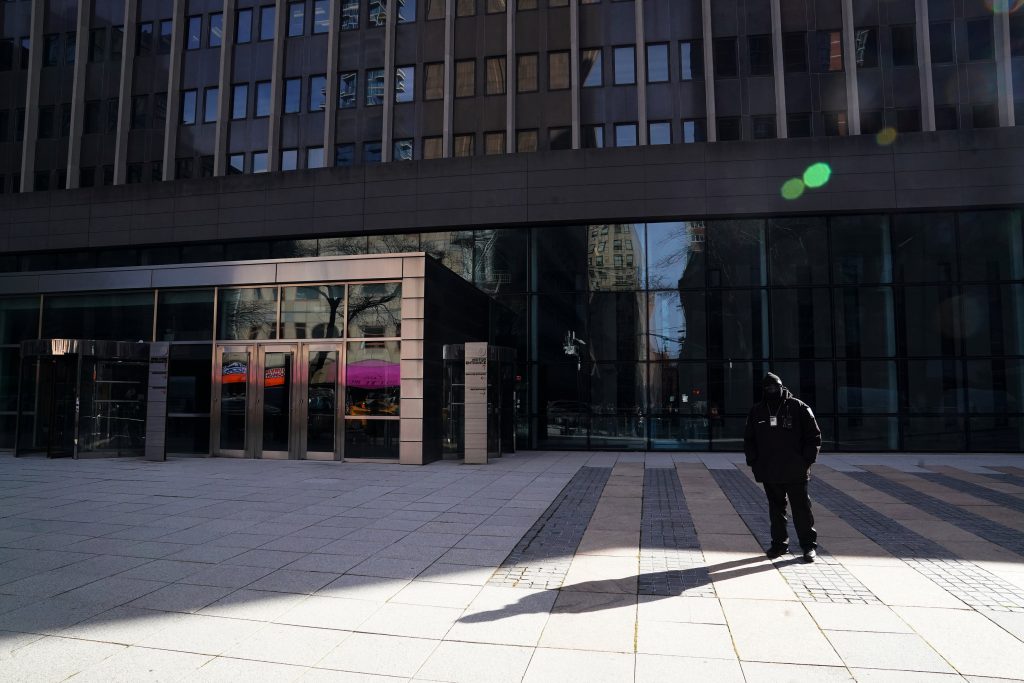 The economy is taking a larger-than-expected hit from the partial government shutdown, White House estimates showed on Tuesday, as contractors and even the Coast Guard go without pay and talks to end the impasse seemed stalled.

The longest such shutdown in U.S. history dragged into its 25th day with neither President Donald Trump nor Democratic congressional leaders showing signs of bending on the topic that triggered it – funding for a wall Trump promised to build along the border with Mexico.

Trump insists Congress shell out $5.7 billion for wall funding this year, as about 800,000 federal workers go unpaid during the partial shutdown. He has refused to support legislation providing money for a range of agencies to operate until he gets the wall funds.

With the shutdown dragging on, federal courts will run out of operating funds on Jan. 25 and face “serious disruptions” if the shutdown continues, according to a court statement.

To try to take some of the sting out of the shutdown, Trump planned to sign on Wednesday the “Government Employee Fair Treatment Act of 2019,” which is legislation that would ensure that those federal workers furloughed will receive back pay once the shutdown is over.

The IRS said it planned to bring more than 46,000 furloughed workers back to their jobs as the agency enters its peak season of processing tax returns and refunds.

Trump invited a bipartisan group of lawmakers for lunch to discuss the standoff, but the White House said Democrats turned down the invitation. Nine House of Representatives Republicans, none of whom are involved in party leadership, attended.

One attendee, John Katko, told CNN that Trump “wanted to continue to engage in negotiations.” He did not mention any new proposals Trump might pursue.

House Democratic leaders said they did not tell members to boycott Trump’s lunch but had pressed those invited to consider whether the talks would be merely a photo-op for Trump.

Separately, a bipartisan group of senators explored solutions. Senator Lisa Murkowski, a Republican participant, told reporters in a Capitol hallway that the group had “momentum,” but gave no details.

Senator Joe Manchin, a Democratic participant, said, “Anything can be part of the negotiations.”

Lawmakers were supposed to be in their districts and states next week after Monday’s Martin Luther King Jr. holiday, but the House and Senate planned to cancel the recess if the shutdown persists.

While the shutdown hit about one-quarter of federal operations, a Reuters/Ipsos poll released on Tuesday found that nearly four in 10 U.S. adults said they were either affected by the impasse or know someone who is. Fifty-one percent of those polled blamed Trump for the shutdown.

Homeland Security Secretary Kirstjen Nielsen said she was working with the White House and Congress to pass legislation to fund the Coast Guard. While the Pentagon is not affected by the shutdown, the Coast Guard budget is part of Nielsen’s department.

“Like the other branches of the U.S. military, active duty @USCG should be paid for their service and sacrifice to this nation,” Nielsen wrote on Twitter.

The Trump administration had initially estimated the shutdown would cost the economy 0.1 percentage point in growth every two weeks that employees were without pay.

But on Tuesday, there was an updated figure: 0.13 percentage point every week because of the impact of work left undone by 380,000 furloughed employees as well as work left aside by federal contractors, a White House official said.

The shutdown‘s effects have begun to reverberate across the country.

Longer lines have formed at some airports as more security screeners fail to show up for work.

Food and drug inspections have been curtailed but about 400 Food and Drug Administration staffers returned to work, Commissioner Scott Gottlieb said. They focus on high-risk medical devices, drugs and food.

Democrats, who took over the House this month, have rejected the border wall but back $1.3 billion in other border security measures this year. They have insisted the government be fully open before negotiations occur.

House Democrats have passed a number of bills to end the shutdown, but Senate Majority Leader Mitch McConnell, a Republican, has said the chamber will not consider anything Trump would not sign into law.