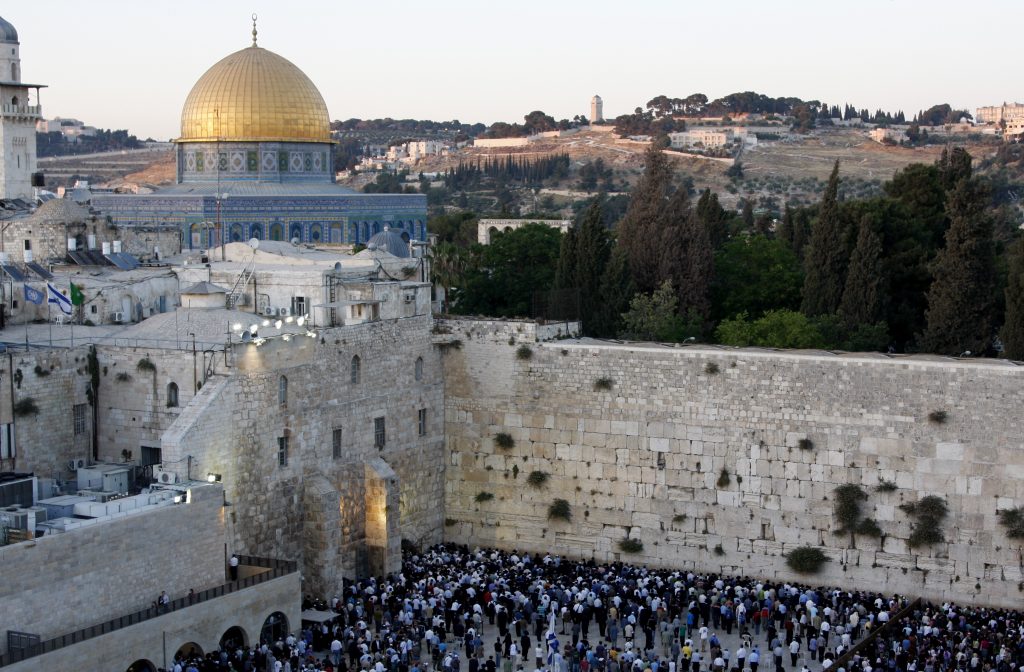 Some details of the Trump administration Mideast peace plan were disclosed on Wednesday night in a report on Israel’s Channel 13.

The unconfirmed report, which cites as its source a recent briefing by a “senior American official,” said that the plan calls for the Palestinians to establish a state on 90 percent of Yehudah and Shomron, along with a land swap that would enable Israel to hold onto the major Jewish communities in the region. Israel would keep the Etzion Bloc, Maalei Adumim and Ariel, but would have to evacuate dozens of outposts throughout Yehudah and Shomron.

True to previous reports that proposals would entail difficult concessions for both sides, it purportedly divides Yerushalayim into two capitals, an Israeli capital in Jewish-majority areas and a Palestinian one in most Arab-majority areas.

The holy sites in the Old City — the Kosel, Har HaBayis and Har Hazeisim — would be under Israeli sovereignty, though administered jointly by Israelis, Palestinians, Jordan and possibly additional nations.

Expectations in Washington are that the Palestinians will reject the plan (though have already done so sight unseen), but expects Israel to respond positively, the report said.

Later in the day,the White House dismissed out of hand a report Wednesday night giving details of the long-awaited Trump Mideast peace plan.

“As in the past, speculations regarding the peace plan are inaccurate. We have no further reaction,” it said in a statement quoted by Channel 13.

An official in the Prime Minister’s Office said they had “nothing to offer” on it.