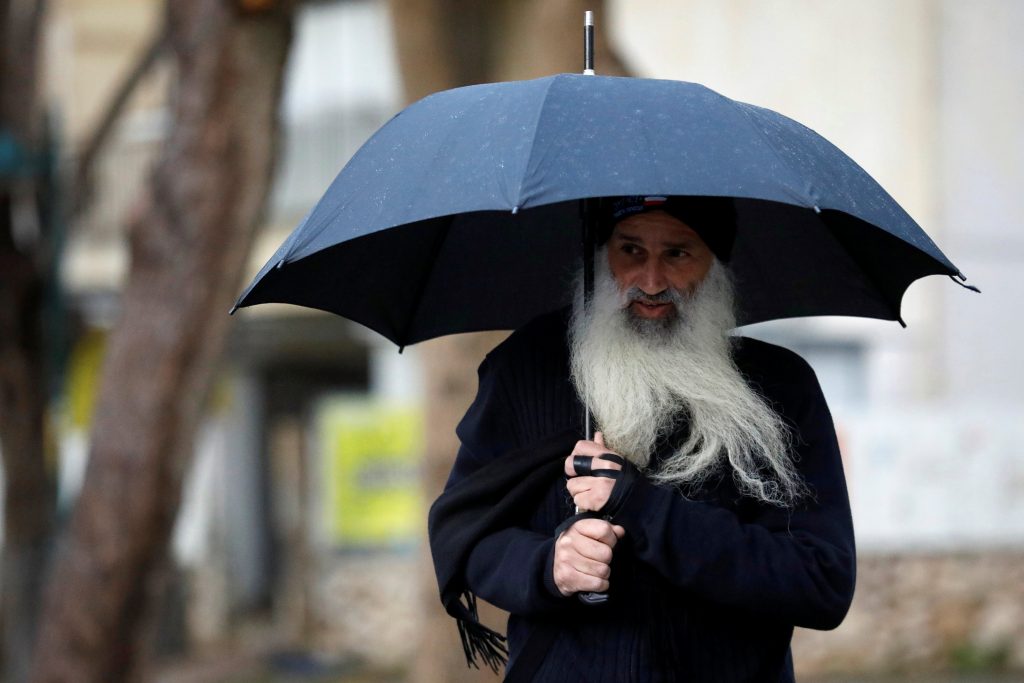 As of around 11 p.m., Yerushalayim had seen only snow flurries, and the municipality announced that schools will be open as usual on Thursday.

The National Weather Service forecast “significant” snowfall in areas of high elevation late Wednesday and early Thursday, with an accumulation of as much as 4 inches in the Gush Etzion area. Snow also fell in the Golan Heights and the northern Galil.

Police closed off Route 60, the main north-south highway between the capital and Gush Etzion, due to the snow.

The Environmental Protection Ministry warned residents in the Negev and Arava regions, and Eilat, of unusually high dust pollution caused by the storm. It cautioned the young and elderly, expectant mothers and people with respiratory problems to stay indoors until the weather clears.