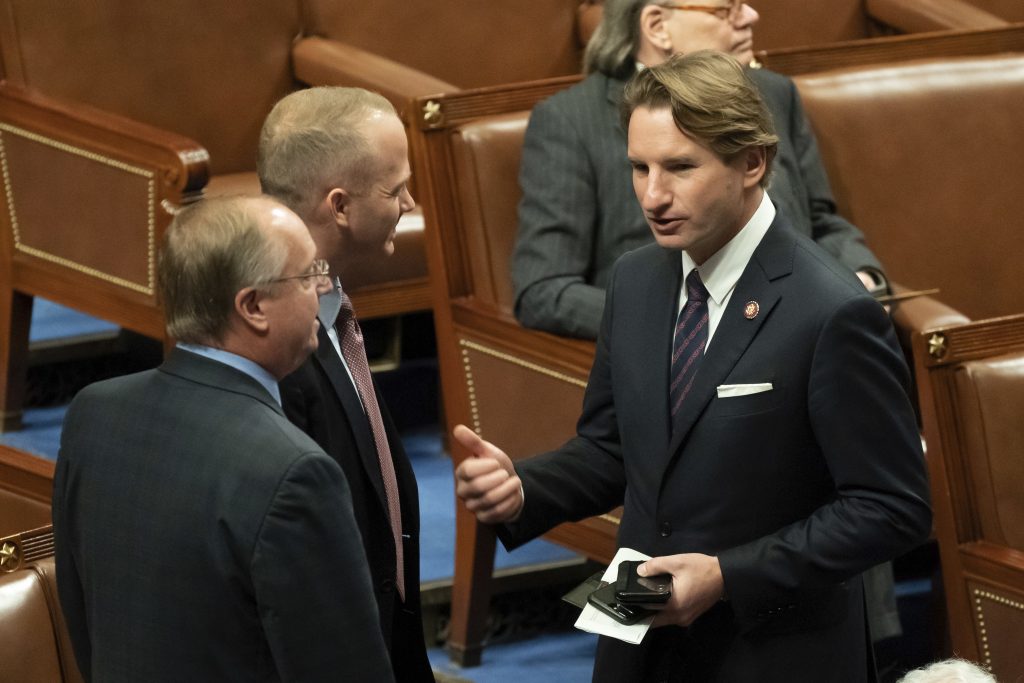 Seven Democratic lawmakers, including newly elected freshmen, have arrived at the White House ready to ask President Donald Trump to reopen the government while talks continue over border security.

It’s the first group of rank-and-file Democrats to meet with Trump during the shutdown, which stretched into its 26th day Wednesday. The White House has been trying to peel lawmakers away from Democratic House Speaker Nancy Pelosi (puh-LOH’-see), but invitations to Democrats earlier this week were declined.

Those arriving Wednesday for the midday meeting in the Situation Room included five freshmen, several of whom did not back Pelosi as speaker. They represent areas where Trump remains popular. They’re from a bipartisan group called the Problem Solvers Caucus.

Ahead of the meeting they wrote there is “strong agreement that if we reopen the government, the possibility exists to work together and find common ground.”

The new lawmakers who attended the meeting with President Trump said the conversation was respectful, but none could name any progress at the talks made toward reopening shuttered government agencies.

Minnesota Democratic Rep. Dean Phillips said Wednesday that the fact that lawmakers of both parties were sitting down and talking with Trump was progress in itself. And New York Democratic Rep. Max Rose said trust was built within members of the group. He said both Trump and Vice President Mike Pence “spent a lot of time” with the Democrats, calling the talks “very sensible discussions that involved listening and speaking.”

Phillips said the group was not there to negotiate but “to better understand each other, which I think we did … and perhaps provide a little bit of daylight through which we can walk.”