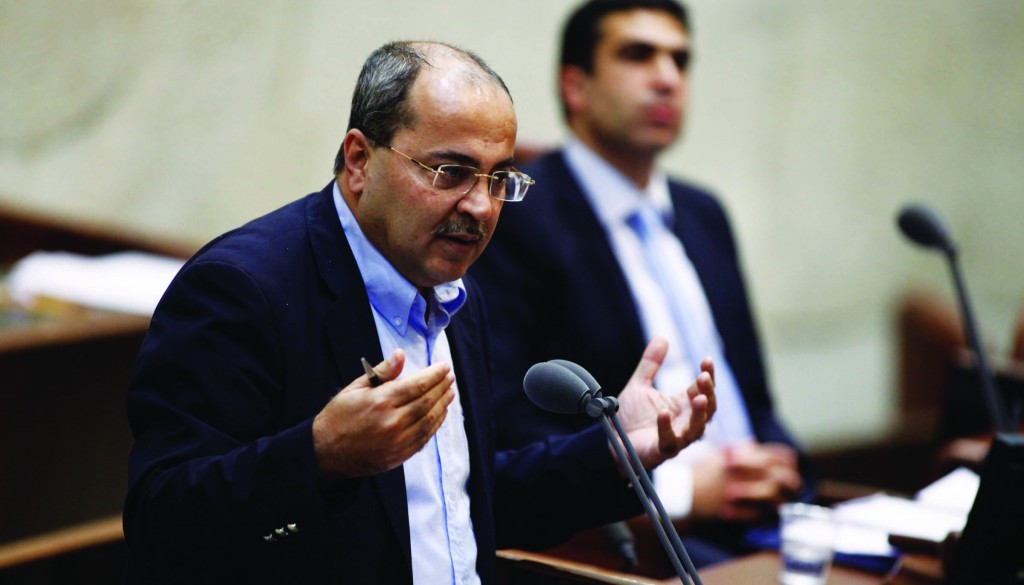 With the breakup of the United Arab List as the result of the withdrawal by MK Ahmad Tibi of his Balad faction – along with the retirement of prominent Arab politicians like Hanan Zoabi and Jamal Zahalka – all options are open for the Arab vote, according to Tamra resident and political activist Walid Diab. It’s for that reason that he and Israeli disability rights activist are establishing the “Lema’anenu” (For Us) Party, which aims to include both Jewish and Arab MKs, and is targeting the Arab vote.

“This party was born of the great need in the Arab sector for change, and the dissatisfaction with the current leadership,” Diab said at a press conference. “The current Knesset leadership has ignored essential social and economic issues that concern Arab society, instead concentrating on nationalistic issues that have resulted in no benefits for Arabs, and in fact have harmed Arab society.” Diab was referring to long-standing complaints that politicians like Zoabi and Tibi preferred to make speeches and attend rallies for Palestinian causes, such as protests against the IDF, instead of dealing with issues like poverty in the Arab sector, educational problems and crime.

Not so in his new party, said Diab; Lema’anenu will first and foremost concentrate on social and economic issues in the Arab sector, and will seek to work with all Israelis to accomplish its goals. To do that, Diab said, Lema’anenu will seek to join any government – right or left. “Lema’anenu will represent all sectors of the Arabs in Israeli society, stressing joint discussions and understanding, without extremism or incitement,” Diab added.