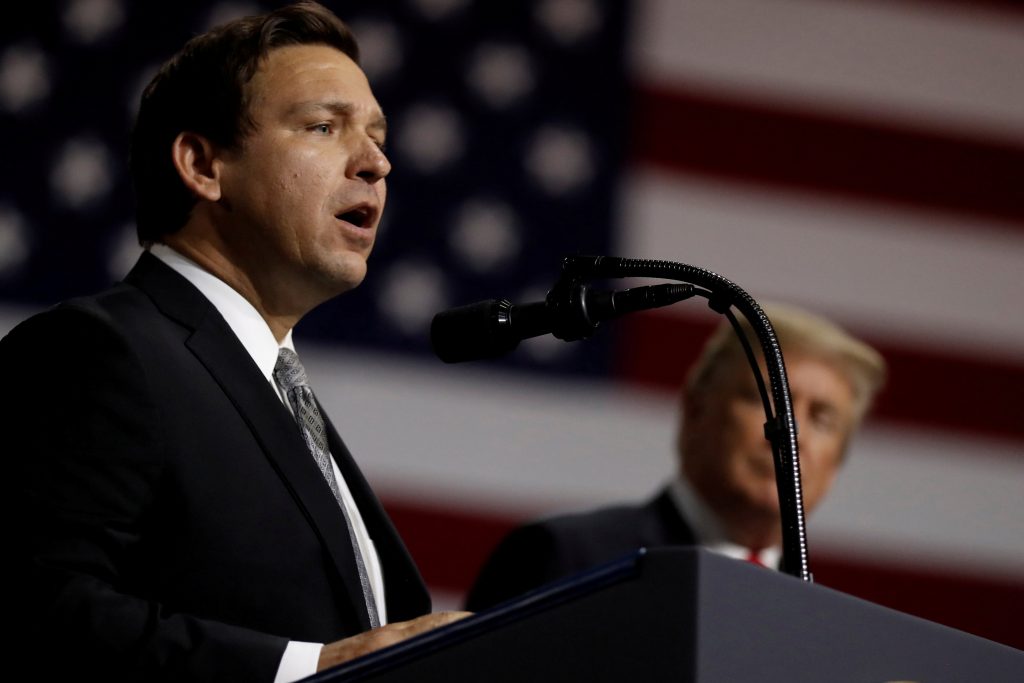 Strategic Affairs Minister Gilad Erdan welcomed Florida Governor Ron DeSantis’s announcement that he was considering action against Airbnb over its delisting of Israeli property owners in Yehudah and Shomron.

The company announced its decision to delist some 200 homes in November because they are located in an area which Airbnb claims is “at the core of the dispute between the Israelis and Palestinians.”

“This is an important decision that will embolden the fight against anti-Semitic boycott organizations,” Erdan stated Wednesday. “We will continue to act in all possible ways to nullify the bigoted decision discriminating against citizens of the State of Israel and harming them financially because of where they live.”

DeSantis warned Tuesday that Airbnb could face state sanctions over its decision, saying that the policy is discriminatory and anti-Semitic and may violate a state law that prohibits Florida from doing business with companies that boycott Israel.

He said that Florida’s State Board of Administration will present its findings on the issue at the end of the month.

Speaking at the Jewish Federation of South Palm Beach County’s Boca Raton headquarters, he said he believes Airbnb’s policy regarding “the Biblical heartland of Judea and Samaria” is anti-Semitic, and said the company is dangerously close to making it onto Florida’s “hit list.”

“We have a moral obligation to oppose the Airbnb policy. It does target Jews specifically. I think that’s wrong,” said DeSantis.

DeSantis promised during his campaign that he would be the “most pro-Israel governor in the country,” vowing that his first trip abroad as governor would be to Israel.

Florida introduced an anti-BDS law in 2015, the fifth state in the U.S. to do so. The law allows Florida to blacklist companies that boycott Israel and deny them state contracts.

Israel has likewise launched a process through which it intends to take action against the tourism company. An Israeli inter-ministerial governmental team, including the ministries of Tourism, Foreign Affairs, Justice and Economy, as well as the Tax Authority, is currently working on venues of action.

The team is employing a variety of tools to deal with Airbnb and discussed economic and regulatory tools available in Israel and the U.S. that can be implemented.

As part of these efforts, Erdan sent letters to five governors in the U.S., including DeSantis, urging them to act. He asked the governors to examine existing legislation against Israel boycotts within their states and to express their opposition to Airbnb’s decision while exacting economic measures against the company.

Florida, New York and Illinois and another 23 U.S. states have passed laws against boycotting Israel, with similar legislation in place in France, major cities in Germany and the U.K.