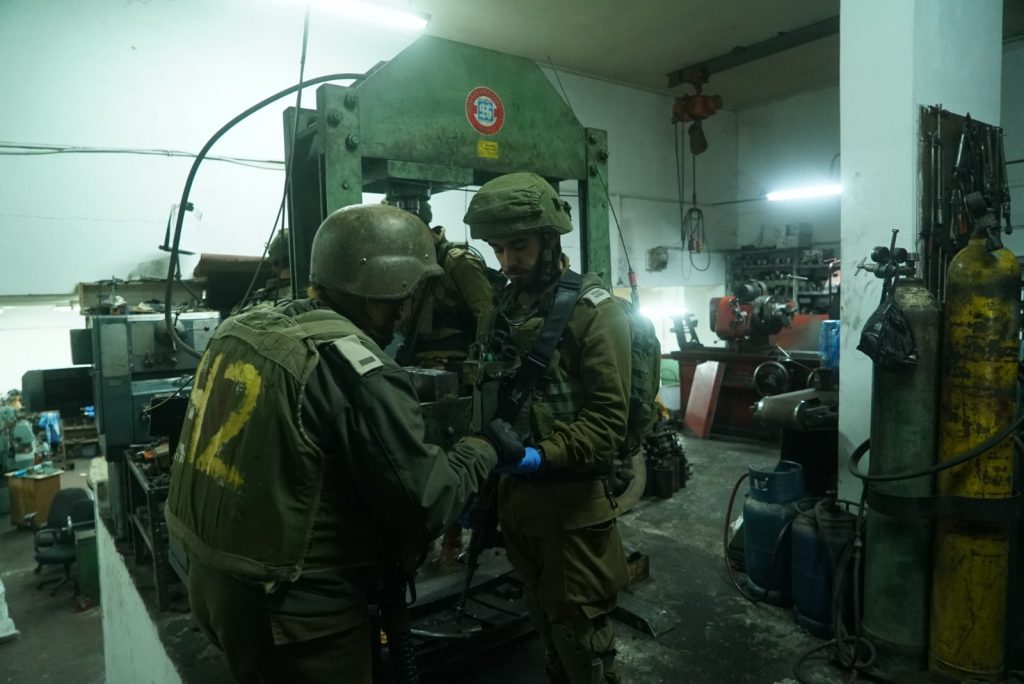 IDF soldiers and Israel Police raided weapons workshops in Shechem overnight Tuesday – shutting down six different workshops. Components for weapons, some manufactured on site and some brought in from other places, were seized. Several weapons that had been manufactured in the workshop were seized as well. One person was arrested, and other arrests are expected.

In addition, IDF forces confiscated terror funds from several suspects in the region. The money, amounting to tens of thousands of shekels, was found in villages in the Shechem region. The money was part of payments made by Hamas and the Palestinian Authority to the families of terrorists for committing terror acts against Israelis, officials said.