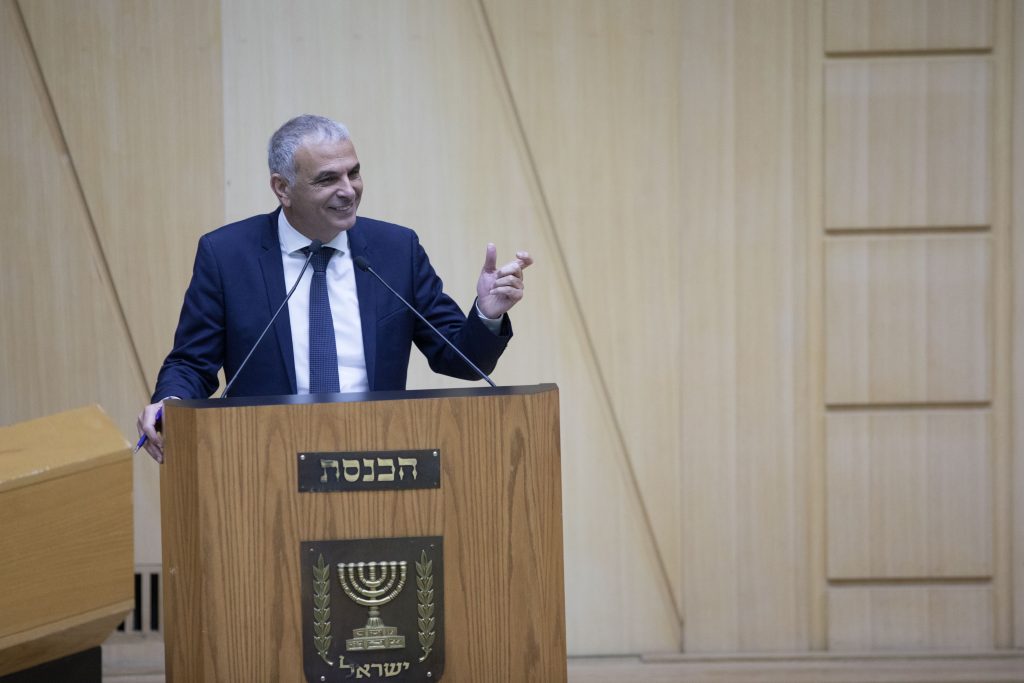 At a meeting of party members in Chadera, Finance Minister Moshe Kahlon let loose on political rivals – and showed off his skills as a stand-up comic – as he celebrated reports by the Central Bureau of Statistics that housing prices had fallen last year, and that the inflation rate for 2018 was lower than the estimates of the Bank of Israel. “We have accomplished a significant and important victory,” Kahlon said. “We did this by working against the interests that typified the last government, with Binyamin Netanyahu as prime minister and Yair Lapid as finance minister. We have ended the speculation in land and placed the needs of young families front and center.”

According to the CBS, housing prices in 2018 fell by 2.3 percent, while inflation for the year was 0.8 percent, far less than the 1.5 to 2 percent that the Bank of Israel estimated the year-end figure would be. That was reason enough for Kahlon to lash out – humorously, in most cases – at the politicians his Kulanu party would be competing against in the upcoming elections, including Lapid, Benny Gantz, Tzipi Livni, and even Netanyahu himself.

Lapid, his immediate predecessor, was a child of privilege, Kahlon charged. “The difference between me and Lapid is that when I was a boy and I wanted to eat, I had to run to the kitchen and grab some bread, cut a piece and run away – because I had so many siblings,” Kahlon said. Lapid, meanwhile, “had someone playing the piano for him during lunch. When we misbehaved we got slapped, so sometimes I went to bed with eyes red from tears. Yair Lapid had eyes that were red from the chlorine in his family’s Jacuzzi.”

About Livni, Kahlon said that “my purpose has been to ensure that many people can find places to live,” referring to his efforts to promote affordable housing. “Unfortunately, I have been unable to find a home for Tzipi Livni,” he quipped, referring to the fact that she was booted out of Labor, and was told by Lapid that she was not welcome in Yesh Atid. Regarding Gantz, Kahlon said that “today everyone is establishing parties. When you drive down the street and see a sign with someone’s picture on it, you don’t know if it’s a political poster or an ad for a real estate agency selling the house. What we can say is that many of the real estate agents have more experience than those who are establishing parties.”

Kahlon also slammed Yoav Galant, who bolted Kulanu last week to join the Likud. When people asked him why he had appointed Galant as housing minister, Kahlon said “it’s because he had experience with land parcels,” referring to past accusations that Galant illegally took over state land in his home town of Amikam. Kahlon has since removed Galant from that post.

About Netanyahu, Kahlon quipped that relations between him and the prime minister were “very good. In fact, I believe we are even related, because I heard that they found a Sephardic-Mizrachi gene in Netanyahu.” Kahlon was humorously referring to a 2016 claim by Netanyahu that DNA tests of relatives indicated that his family was actually of Sephardic descent – although not Yemenite, as Kahlon is.