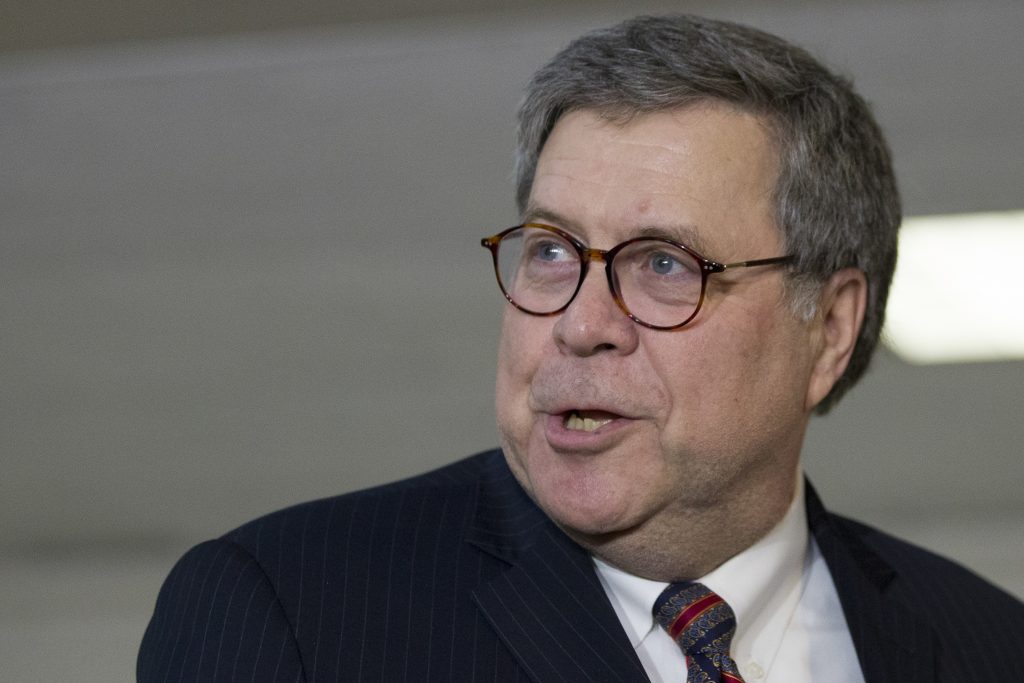 Barr will face questions Tuesday from the Senate Judiciary Committee about his relationship with Trump and his views on executive powers.

Barr plans to tell legislators that Trump never sought any promises, assurances or commitments — and that he didn’t offer Trump any — before he was nominated for the post.

Trump has repeatedly complained that his first attorney general, Jeff Sessions, was insufficiently loyal because he recused himself from special counsel Robert Mueller’s investigation into potential ties between Russia and the 2016 Trump campaign. Trump ultimately forced Sessions from office.

Barr, 68, is expected to be confirmed, unless there is a major surprise during the hearing. It would be his second stint as attorney general, a position he held from 1991 to 1993 during the George H.W. Bush administration.

The hearing will be the first time a high-profile nominee will come before the committee since it considered the Supreme Court nomination of Brett Kavanaugh, who was accused of moral misconduct. The panel has a new chairman, Sen. Lindsey Graham, R-S.C.

On Monday, the Justice Department moved to preempt the most significant questions that Barr is likely to face by releasing his prepared remarks . Barr plans to tell the senators that it is “vitally important” that Mueller be allowed to complete his investigation and that he believes Congress and the public should learn the results.

“I believe it is in the best interest of everyone — the president, Congress, and, most importantly, the American people — that this matter be resolved by allowing the special counsel to complete his work,” Barr says.

Barr describes Mueller, a former Justice Department colleague, as a friend he has known personally and professionally for 30 years. Mueller headed the department’s criminal division when Barr served as attorney general.

The special counsel is required to confidentially report his findings to the Justice Department. In his prepared remarks, Barr stops short of directly pledging to release Mueller’s report, but he expresses general support for disclosing the findings, whatever they may be.

Democrats had raised concerns about Barr’s prior comments about the Russia investigation, including an unsolicited memo he sent to Deputy Attorney General Rod Rosenstein last year criticizing the inquiry into whether the president had obstructed justice.

Barr also sent the memo to White House lawyers and discussed it with Trump’s personal attorneys and a lawyer who represents Trump’s son-in-law, Jared Kushner, he said in a letter to Graham. Copies also were sent by Barr to White House lawyer Emmet Flood, Solicitor General Noel Francisco and Pat Cipollone, who is now White House counsel. Barr said he discussed the contents of the memo with Trump’s attorneys, Jay Sekulow and Jane and Martin Raskin.

The development is likely to raise even more questions at the hearing about Barr’s contact with those close to Trump ahead of his nomination. He has insisted that the memo was not to influence public opinion about Mueller’s investigation.

Barr has previously said the president’s firing of FBI Director James Comey was appropriate and that the Mueller prosecution team, criticized by Trump for including prosecutors who have contributed to Democrats, should have had more “balance.”

Barr’s role leading the Russia investigation may be especially important since Rosenstein, who has overseen the day-to-day work of Mueller’s team, expects to leave the Justice Department soon after Barr is confirmed. It is not clear how much of the investigation will be left by then.

Barr would replace acting Attorney General Matthew Whitaker, who declined to recuse himself from the investigation — despite the advice of a Justice Department ethics official and calls from Democrats who cited Whitaker’s past critical comments on the probe.