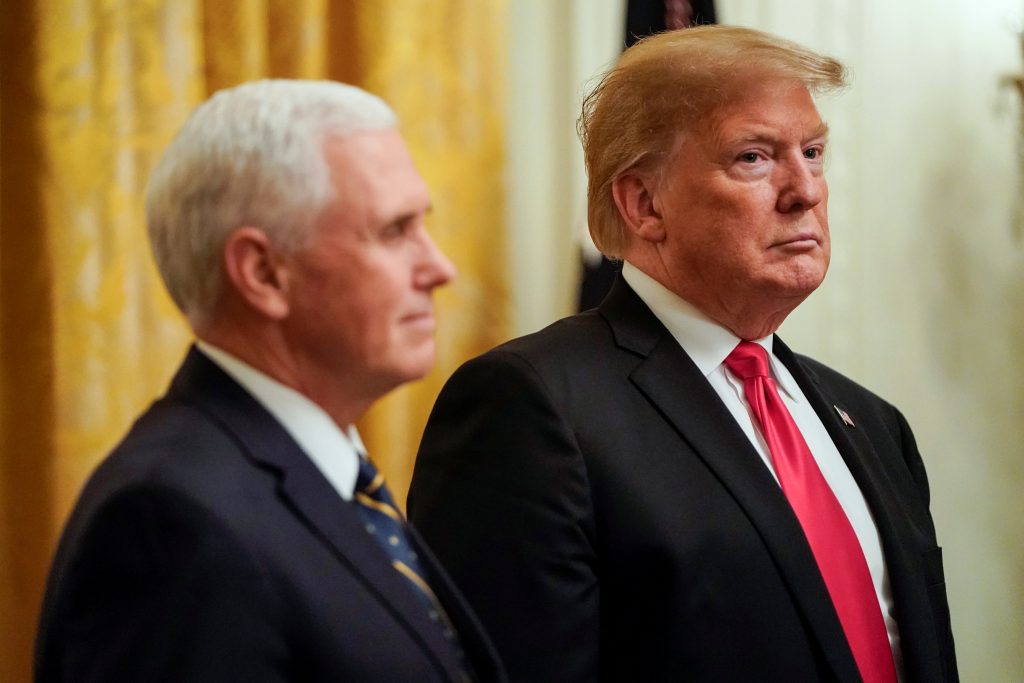 President Donald Trump will meet members of Congress at the White House later on Tuesday as the partial government shutdown enters a 25th day without resolution amid a standoff over border wall funding.

Trump is scheduled to host the lawmakers for lunch, according to his public schedule, which did not say who was attending. CNN, citing unnamed sources, said moderate Democrats were invited.

The Washington Post on Monday reported that a new bipartisan group of U.S. senators is also searching for an agreement that could help end the shutdown, which began Dec. 22 and has shuttered key agencies and left hundreds of thousands of federal workers and contractors without pay.

Trump, who has demanded $5.7 billion from Congress to build his long-promised wall along the U.S.-Mexican border, on Monday rejected a call by fellow Republicans to temporarily reopen the government while talks continue on border security issues.

He held fast to his demand on Tuesday, tweeting: “Only a Wall, or Steel Barrier, will keep our Country safe! Stop playing political games and end the Shutdown!”

Democrats, who took over the House of Representatives this month, have rejected the border wall but have said they back other border security measures.

House Democrats have passed a number of bills to fund the roughly one-quarter of federal operations that have been closed, but Senate Majority Leader Mitch McConnell, a Republican, has said the chamber will not consider any legislation that Trump will not sign.

Senate Democratic Leader Chuck Schumer on Monday called on McConnell to move forward, suggesting that Congress go around the president.

“The president is unwilling to move the ball forward, so Congress must. I urge my friend leader McConnell to allow a vote on the House-passed legislation to reopen the government. It seems to be the only way out right now,” Schumer said in remarks on the Senate floor.

The partial shutdown is the longest in U.S. history and its effects have begun to reverberate across the country, in one case in the form of longer lines at some airports as more security screeners fail to show up for work.

Food and drug inspections have been curtailed and farmers, stung by recent trade spats, have been unable to receive federal aid. Roughly 800,000 federal employees are also feeling the financial sting after missing their first paycheck last week.