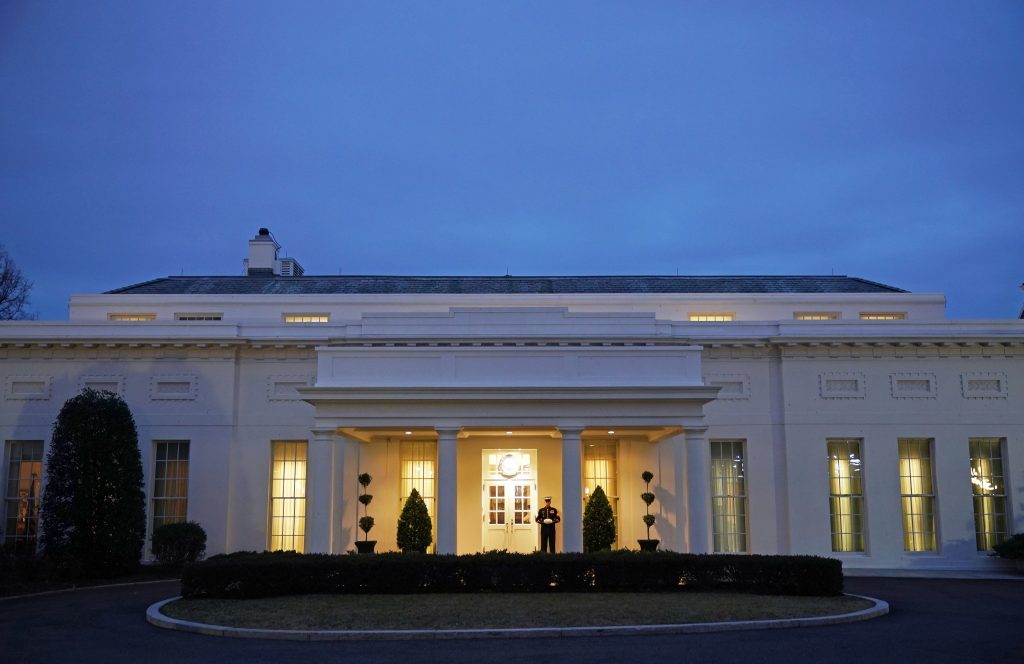 A group of rank-and-file House Democrats turned down an invitation to have lunch with President Donald Trump at the White House on Tuesday, a snub that underscores the extraordinary divisions that have brought negotiations over the government shutdown to a standstill.

The invited Democrats, including centrist-leaning freshman and sophomore members, skipped the meeting amid calls for unity from Democratic leaders and fellow lawmakers who had voiced concerns the meeting would be little more than a photo opportunity that bolsters President Trump.

Their decision marked another failure in the White House’s ongoing attempt to splinter Democrats, who instead are holding firm against Trump’s demands for $5.7 billion for his border wall.

The stalemate led to the partial government shutdown that was in its 25th day Tuesday, the longest such closure in history, with 800,000 federal workers going without pay.

“Today, the president offered both Democrats and Republicans the chance to meet for lunch at the White House. Unfortunately, no Democrats will attend,” said White House press secretary Sarah Sanders. “The president looks forward to having a working lunch with House Republicans to solve the border crisis and reopen the government. It’s time for the Democrats to come to the table and make a deal.”

Shortly before the statement from Sanders, House Democratic leaders had made clear they did not want to see individual lawmakers breaking off to meet with the president – although they said they were not explicitly discouraging anyone from attending.

In a statement, Murphy cited a scheduling conflict, while a spokesman for Correa said the congressman “welcomes the opportunity to talk with the president about border security, as soon as the government is reopened.”

President Trump’s proposed meeting Tuesday marks the second attempt in as many days to start a dialogue that works around the gridlocked talks between Trump and top Democrats.

A bipartisan group of senators met late Monday to try to find a way out of the shutdown impasse. Their gathering did not produce a consensus. As of Tuesday, no new meetings were scheduled nor was it clear whether the bipartisan group would convene again.

Both the House and the Senate canceled recesses that had been scheduled for next week, with leaders saying they would stay in town to work through the shutdown.

The White House’s strategy for weeks has been to splinter the Democrats, but they have failed repeatedly as Senate Minority Leader Chuck Schumer, D-N.Y., has aligned himself closely with House Speaker Nancy Pelosi, D-Calif. The newest iteration of this approach for the White House has been to try to pry loose rank-and-file members from Schumer and Pelosi’s side, but that appeared to have failed as of Tuesday.

This was a key test for both Democratic leaders and also freshman Democrats, many of whom had sent mixed signals about abiding by leadership during their campaigns.

Rep. Katie Hill, D-Calif., a leader of the new class of freshman House Democrats, said the sentiment was clear at a freshman class meeting Tuesday morning that no Democrat should join Trump at the White House.

“I would say that that is definitely the general feeling, is that whoever goes to the White House is kind of setting themselves up to be used as a stunt,” Hill told reporters at the Capitol.

The House, newly under Democratic control, has passed spending bills to reopen portions of the government unrelated to the border wall, with Democratic leaders saying Trump must support their legislation and reopen the government before they negotiate on his border security request.

Trump has refused, and Senate Majority Leader Mitch McConnell, R-Ky., has said repeatedly that he will not put any legislation on the Senate floor without Trump’s support.

Schumer on Tuesday called on McConnell to “end the pain,” open the government and allow them to debate border security.

Asked if the Senate might potentially try to override a Trump veto to end the shutdown, McConnell on Tuesday replied: “Of course not.”

Amid the confusion surrounding Tuesday’s meeting, the White House sought to organize a new meeting with House Democrats for Wednesday, sending out an invitation to bipartisan members of the Problem Solvers Caucus, according to two Democrats familiar with the invitation. They spoke on the condition of anonymity to discuss confidential communications.

“In case you needed MORE proof that Democrats are more interested in stopping the President than helping the country,” Rep. Jim Jordan, R-Ohio, wrote on Twitter Thursday, “they rejected President Trump’s invitation to meet at the White House. They refuse to come to a compromise to secure the border and end the shutdown.”

At a closed-door meeting of the House Democratic Caucus on Tuesday morning, Pelosi began by reading results of the latest Quinnipiac University poll, showing voters blame Trump more than Democrats for the shutdown, according to an aide in the room who spoke on the condition of anonymity to describe the private gathering.

The aide said Pelosi went on to tell her caucus: “We want to talk about our values in terms of immigration and how that’s always been bipartisan, including George Herbert Walker Bush, Ronald Reagan and the rest. Not to go into that, but to just say that I understand you all want to know what’s the next step, but just the message of ‘Open up government so we can have this discussion’ is a very important message.”

The outreach from the White House came with concerns mounting in the Capitol over the impacts of the government shutdown, with both sides dug in and no negotiations happening between President Trump and congressional leaders. Trump continues to demand billions for his wall – and Democratic leaders continue to refuse.

The Pentagon is mostly unaffected, since a spending bill for the military was passed by Congress and signed by Trump in 2018. Congress and the president also passed legislation to fund the Labor Department, the Department of Health and Human Services and others before Trump’s demands for wall money ground negotiations on other spending bills to a halt.

Programs such as Medicare, Social Security and Medicaid also are unaffected, because their budgets proceed automatically, without the need for annual congressional appropriations. The Russia investigation of special counsel Robert Mueller also is unaffected; it is paid for by a permanent, dedicated funding stream.