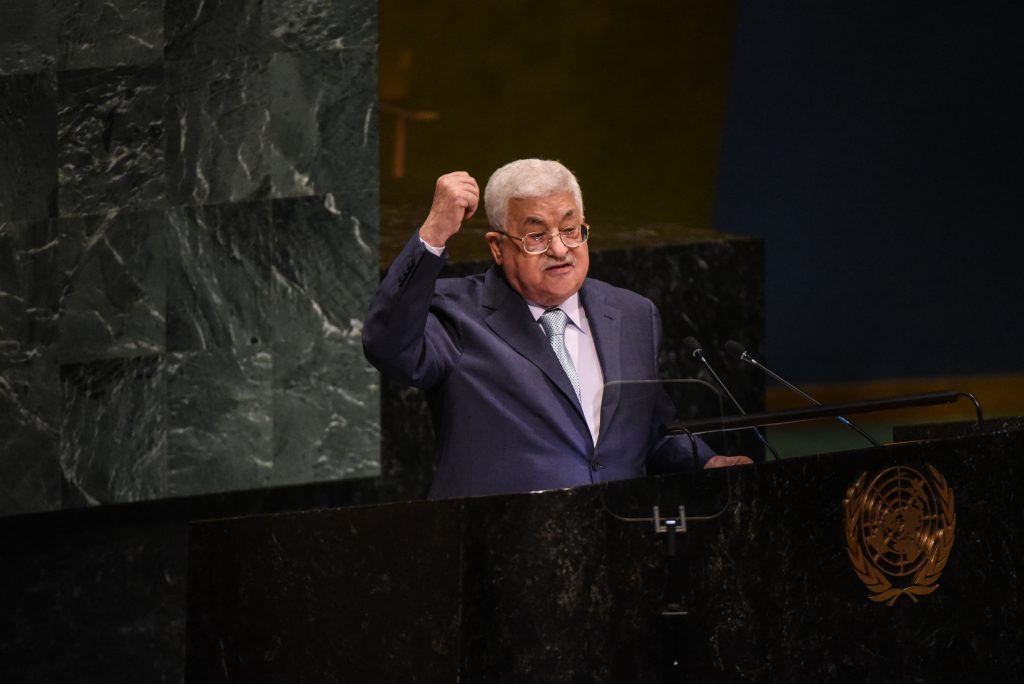 Palestinian Authority President Mahmoud Abbas became chairman of the Group of 77, the largest bloc in the United Nations General Assembly on Tuesday.

The group consists of 134 developing countries, the “77” referring to the original number of members when it was founded in 1964. It currently represents about 80 percent of the world’s total population, and includes such large, impoverished countries as Egypt, India, Brazil and Saudi Arabia.

In a speech at U.N. headquarters, Abbas called the task of leading the Group of 77 “a great responsibility.”

“I am pleased to take over today the chairmanship of the Group of 77 on behalf of the Palestinian people and the State of Palestine,” he said, addressing the bloc in the name of his hoped-for state. “It is a great responsibility that the State of Palestine will bear with complete humility, sincerity and dedication.”

Not one to miss an opportunity to attack Israel whether relevant to the occasion or not, Abbas said that “Israel’s continued colonization and occupation of the State of Palestine undermines our development and capacity for cooperation, coordination and obstructs the cohesive future development of all peoples of the region.”

Abbas also claimed the Palestinians “are committed to international law and legitimacy and the peaceful resolution of the [Israeli-Palestinian] conflict.”

And he condemned terrorism “in all its forms, colors, and types” regardless of who perpetrates it.