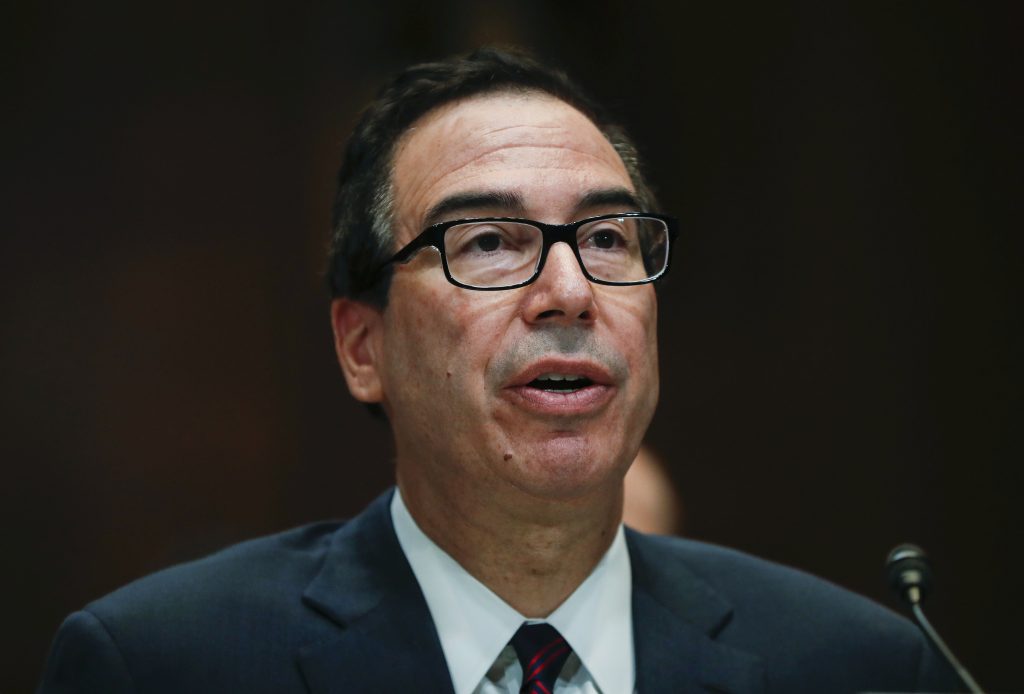 Trump, who attended last year’s Davos event, had planned to go again this year but last week pulled out as he grapples with Democrats in Congress over funding for a border wall, which has led to a partial shutdown of the U.S. government.

While Trump has vowed to remain at the White House for the most part until the shutdown is resolved, the senior administration officials told Reuters that the Davos event was too critical to American economic and foreign policy goals to cancel attendance by a high-ranking delegation.

“It’s important to note that the world doesn’t stop just because the Democrats don’t want to work with us to reopen the government,” said one official.

Democrats say they are willing to reopen the government but want to approve funding that does not include Trump’s border wall, which they consider too expensive and ineffective.

Mnuchin and Pompeo will be joined by Commerce Secretary Wilbur Ross, Trade Representative Robert Lighthizer and the deputy White House chief of staff for policy, Chris Liddell, the officials said.

Mnuchin, Lighthizer and Ross have been key players in Trump’s policy of using tariffs and the threat of them to try to balance free trade agreements around the globe, particularly with China.

Mnuchin and Pompeo plan to speak jointly to the opening session of the World Economic Forum on Jan. 22, a session that Trump was expected to address when he was still planning to go. The officials said Mnuchin and Pompeo would make remarks and take questions from the audience.

Mnuchin and Pompeo will also jointly host a dinner of the Group of Seven (G-7) foreign and finance ministers while in Davos to discuss national security and economic issues, the officials said.

Last year Trump had hosted a dinner of European business leaders while in Davos.

For his itinerary in Davos, Mnuchin has close to 50 meetings set up with foreign counterparts, bankers, U.S. business leaders and other officials, one officials said.

French President Emmanuel Macron will also not attend Davos this year, citing a busy schedule including debates launched in response to the “Yellow Vests” protests.