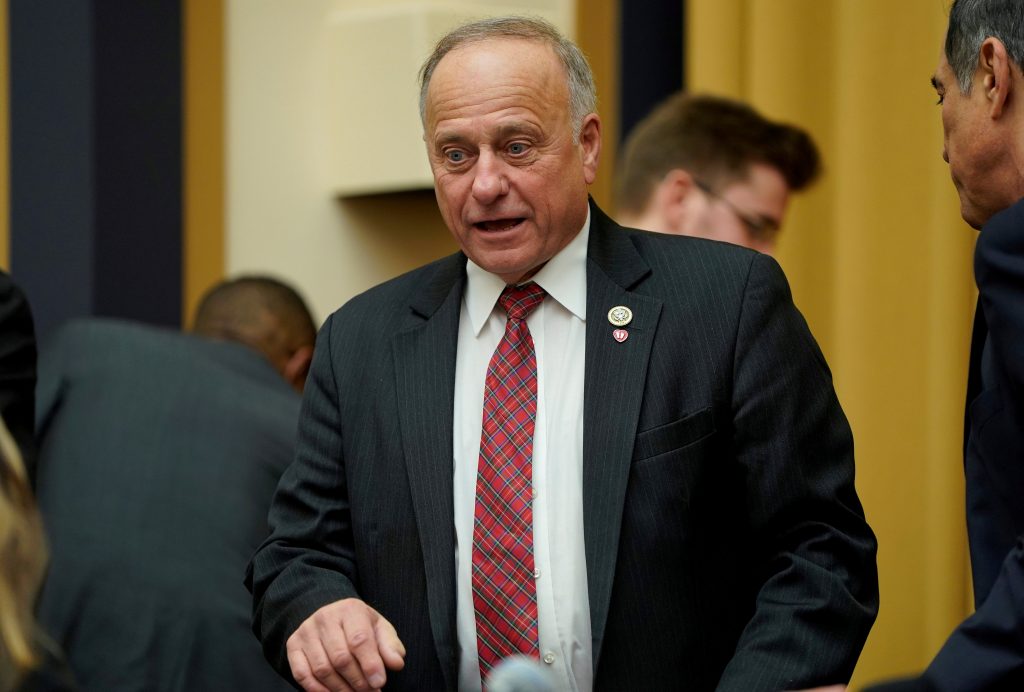 The U.S. House of Representatives voted overwhelmingly on Tuesday to pass a resolution disapproving statements made by Representative Steve King that were roundly criticized as racist, and King himself voted in favor of it.

King, a Republican who represents a conservative district in Iowa, gave a media interview earlier this month in which he questioned why “white supremacy” is considered offensive.

The measure, which passed 424 to 1, stopped short of a formal censure. The resolution instead quoted King’s remarks and then condemned racism in general.

King himself voted in favor of the resolution, which referred to his remarks, because he said his comments were taken out of context and he too condemns white supremacy and racism.

“The words are likely what I said, but I want to read them to you the way that I likely said it,” King said, who then read them aloud. “There are 13 words that caused this fire storm, but I regret that we’re in this place.”

House Democratic leaders did not rule out holding a censure vote at a later date. Only Representative Bobby Rush, a Democrat from Illinois, voted against the measure, and he had called for a formal censure vote to be taken instead.

Republicans and Democrats took to the floor to condemn King.

“Racial division is a fault line that is ripping our nation apart,” said Representative Jim Clyburn, the highest ranking African American in the U.S. House, who sponsored the resolution of disapproval. “This body must speak out.”

Republicans moved on Monday to strip King of his committee assignments in response to his comments. Senate Majority Leader Mitch McConnell called on King to resign.

King, who has a history of making statements that critics have condemned as racist, said in a statement that his comments in The New York Times interview were “completely mischaracterized” and the committee’s decision was “a political decision that ignores the truth.”

King was first elected to Congress in 2002 and won re-election in November with just over 50 percent of the vote, sharply lower than the 61.2 percent he polled in 2016.

Republican Randy Feenstra, a state lawmaker in Iowa, has already announced his intention to wage a primary campaign against King.