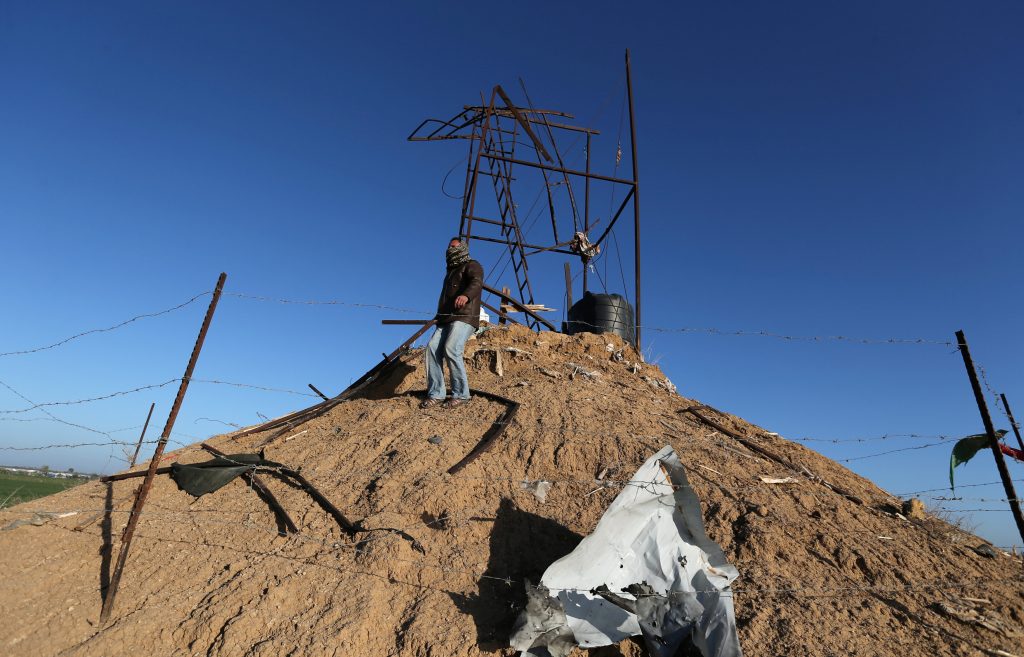 Hamas has issued Israel a “final warning” to “fulfill its obligations” to the terror group, a report in the London-based Arabic-language Al-Akhbar newspaper said Tuesday. If Israel does not fulfill those “obligations” forthwith – mainly the transfer of $15 million in cash supplied by Qatar – the terror will increase its aggression against Israel, increasing the ferocity of the riots at the border fence and firing more rockets at southern Israel.

The terror group said that it has been very patient, and has provided Israel with “numerous opportunities” to resolve things benignly, but that because of “political unrest” in the wake of the upcoming election, the government had refused to follow through. “Missiles and bombings will be responded to with missiles and bombings, and blood will be responded to with blood,” the report quoted the Hamas sources as saying.

Last Friday, some 13,000 rioters threw stones and firebombs at Israeli soldiers along the Gaza border fence, in the biggest riot in several months. Several rioters attempted to breach the border fence, cutting through the fence and running into Israeli territory before running back after they were spotted. Numerous terror balloons with incendiary devices attached were found throughout southern Israel.

On Saturday night, Hamas terrorists fired a rocket at southern Israel. The rocket exploded in an open area, and there were no injuries or damage reported. The IDF responded by hammering several Hamas positions, including “two underground infrastructure installations of the Hamas terror group,” the IDF said.

Hamas said Friday that one rioter had been killed in the face-off with Israeli forces, and on Monday the terror group said that a second rioter died from wounds he sustained Friday.

Yediot Acharonot on the weekend quoted a senior security source as saying that it was likely that Israel would again delay the third installment of Qatari cash that had been set to be delivered to Hamas last week.

Prime Minister Binyamin Netanyahu announced last week that Israel would not allow the third installment of Qatari cash to be transferred to Gaza.

The decision came in the wake of a Hamas attack last Monday, in which the terror group fired a rocket at Ashkelon. Reports Friday said that an Egyptian delegation visited Gaza Thursday and promised Hamas that the $15 millon in Qatari money that Israel has held up will be delivered to the terror group this week – if the riots on the Gaza border Friday were not too serious. The money could be delivered as soon as Sunday, the Egyptians told Hamas. Given the weekend events, the Israeli source said, it was likely that the money would be held up again this week.