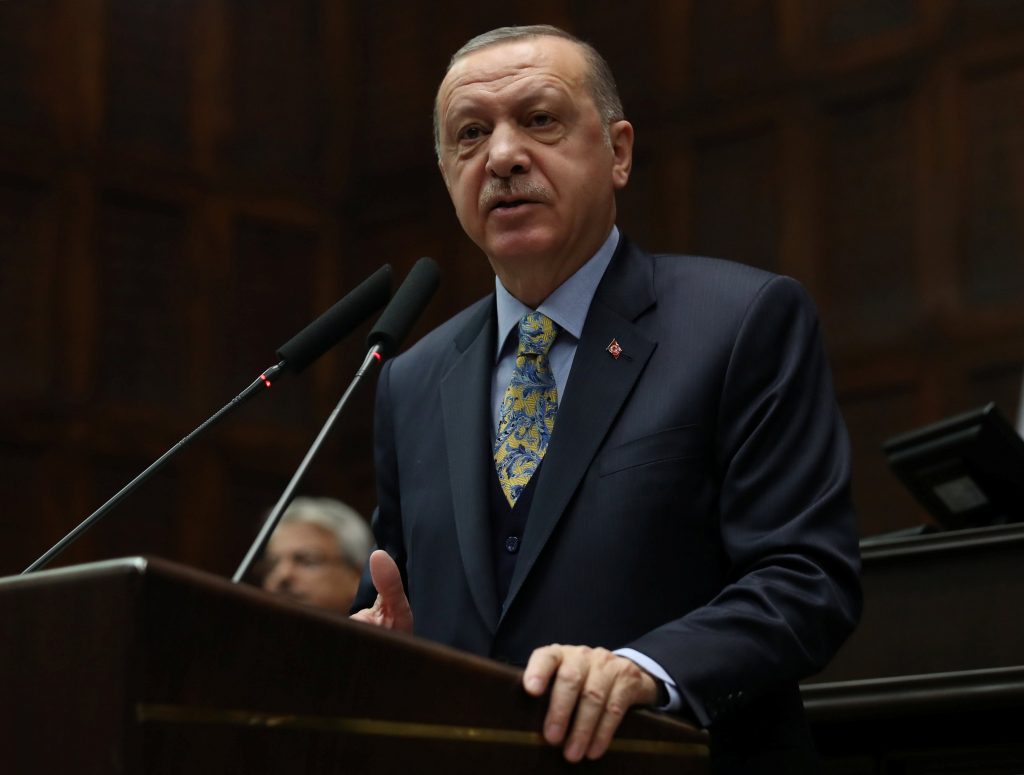 President Tayyip Erdogan said on Tuesday he had discussed a safe zone that Turkey would set up in Syria, during a phone call with President Donald Trump and which he described as positive.

Trump and Erdogan spoke on Monday in what seemed an effort to quell the dispute but Washington stuck to its emphasis on protecting the Kurds, among the most effective fighters against Islamic State terrorists.

“The president expressed the desire to work together to address Turkey’s security concerns in northeast Syria while stressing the importance to the United States that Turkey does not mistreat the Kurds and other Syrian Democratic Forces with whom we have fought to defeat ISIS,” White House spokeswoman Sarah Sanders said in a statement.

Trump and Erdogan discussed the creation of a safe zone in northern Syria cleared of militia groups, the Turkish presidency said, without providing further detail.

Both men emphasized the need to avoid letting anything block the planned withdrawal of U.S. forces from Syria, Ankara added.

In a Tweet late on Monday, Trump said he and Erdogan “spoke about economic development between the U.S. & Turkey – great potential to substantially expand!”

Ankara is well aware of the cost of strained U.S. ties. A diplomatic crisis last year, when Trump imposed sanctions on two of Erdogan‘s ministers and raised tariffs on Turkish metal exports, helped push the Turkish lira to a record low in August.

Turkish Foreign Minister Mevlut Cavusoglu said Ankara was not against the idea of a secure zone along the border, but said partners and allies should not communicate via social media.