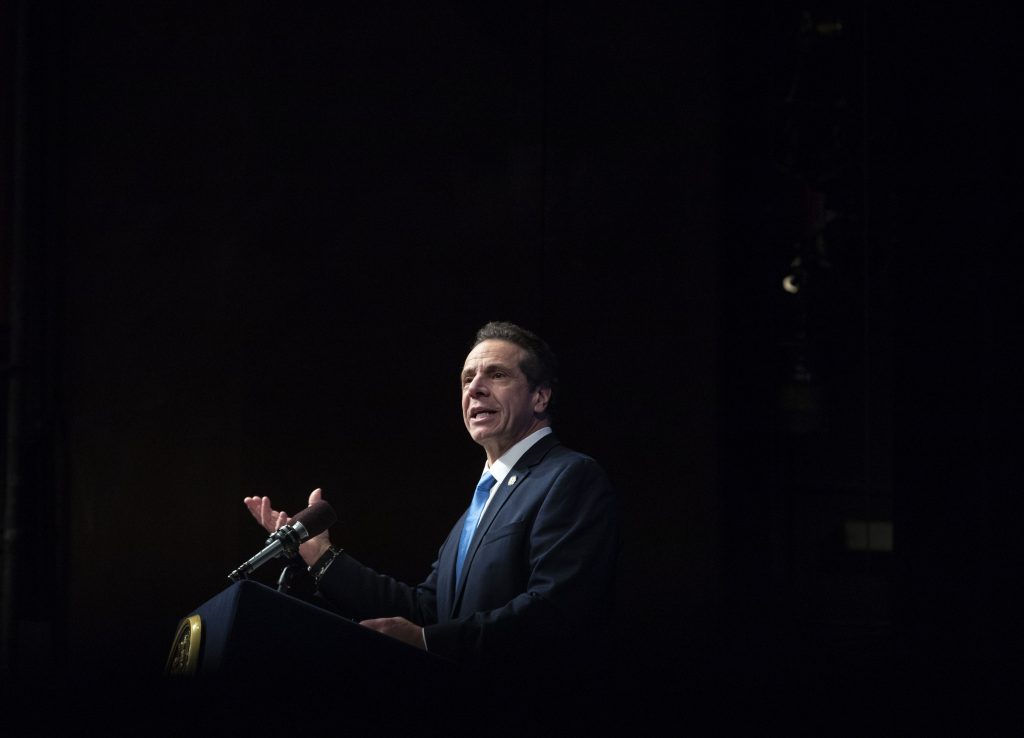 A look at some of the details from the $175 billion New York state budget proposal released by Democratic Gov. Andrew Cuomo on Tuesday:

Permit personal use by adults 21 and older and license retail shops. Give counties and large cities the power to prohibit retail shops within their boundaries. Taxes would be imposed at the cultivation, wholesale and retail levels, generating an estimated $300 million a year that would go to mental health and anti-addiction programs. No details yet on whether Cuomo would allow home cultivation.

Ban single-use plastic bags given to customers, a proposal that was shot down last year by the then-Republican-controlled Senate. State environmental conservation officials would work with environmentalists and community leaders to ensure the ban doesn’t have an adverse impact on lower-income New Yorkers.

Expand the bottle bill to include 5-cent deposits on most non-alcoholic containers such as sports drinks, energy drinks, fruit and vegetable beverages, and ready-to-drink bottled tea and coffee. Dairy milk, milk substitutes, infant formula, syrups and flavorings would be exempted.

Increase aid by $956 million for a total of $27.7 billion, including another $338 million in Foundation Aid, the general operating funding for school districts.

Continued transformation of struggling schools into community hubs would get another $50 million for a total of $250 million.

Expanded pre-kindergarten for 3- and 4-year-olds in high-need school districts would get an additional $15 million.

Prohibit the sale of tobacco products to anyone under 21.

The governor proposes a new congestion toll on vehicles heading below 60th Street in Manhattan starting in 2021. He hasn’t suggested a toll amount, however, or whether discounts would be given to small businesses or low-income commuters. The final details will be negotiated with lawmakers. Cuomo says billions of dollars in revenue would support upgrades and repairs to the city’s aging subway system.

Stricter regulating of limos in response to the October crash of a stretch limo that killed 20 people in an upstate town. Ban reconfigured limos like the modified SUV that crashed into a store parking lot in Schoharie. The dozen statutory reforms include making it a felony to remove a state-issued out-of-service sticker from a vehicle without having the vehicle cleared by the Department of Transportation.

Eliminate the statute of limitations on some crimes.

Abolish cash bail so that only those considered a public safety threat are held pending trial.

Another $500 million for drinking water and wastewater infrastructure, maintain the Environmental Protection Fund at $300 million and an additional $110 million in capital funding for state parks and historic sites.