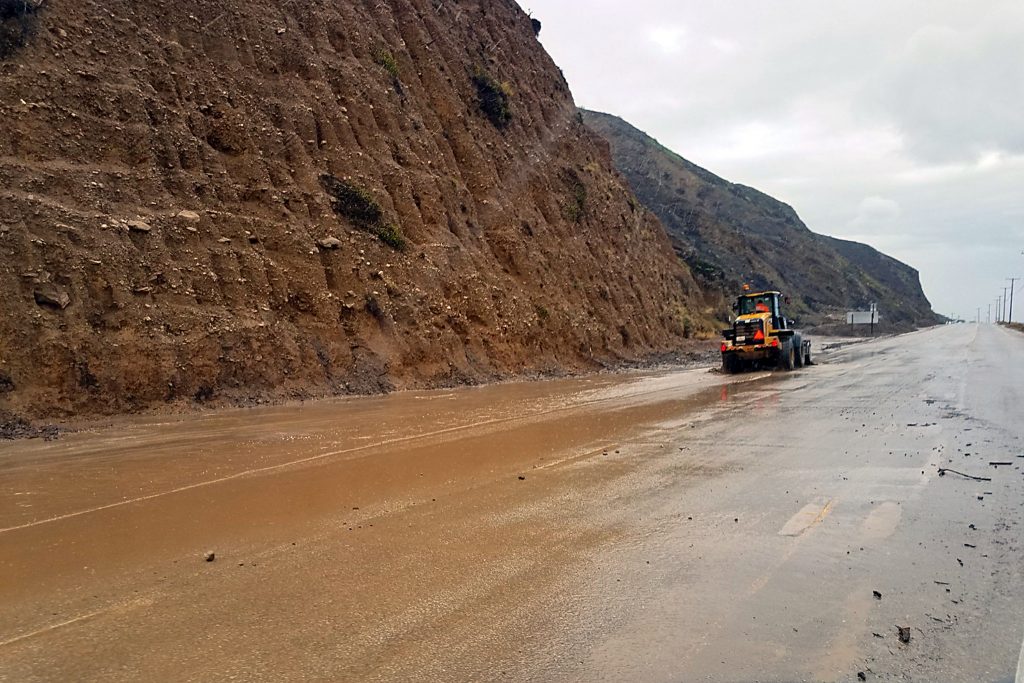 A year after a mudslide swept through a fire-devastated California town, killing 21 people, residents of hundreds of homes in burn areas were told to pack up and leave as a Pacific storm threatened potential catastrophe.

In Riverside County east of Los Angeles, mandatory evacuations were ordered Monday for a dozen areas around the Holy Fire, which swept through an enormous swath of the Cleveland National Forest and surrounding areas last August.

“People in these zones MUST GO NOW. Rainstorms carry the potential for dangerous debris flows that can send mud, boulders and trees crashing down hillsides” with little or no warning, a county statement said.

The evacuation was later downgraded to voluntary, but authorities urged people to stay alert because of continuing rain forecasts.

In Santa Barbara County on the central coast, evacuation orders were set to take effect at 10 a.m. Tuesday for areas hit by the Sherpa, Whittier and Thomas fires.

After a devastating fire that burned and destabilized foothills, Montecito was hit by a powerful storm on Jan. 9, 2018, that sent water, mud and boulders sluicing down creeks and canyons. Twenty-three people died and over 100 homes were destroyed.

Weather forecasters have predicted a series of storms that could continue to bring rain and snow into the middle of the week. Flash flood watches were issued by the National Weather Service for burn areas in Los Angeles, Ventura and Santa Barbara counties, which could see as much as an inch of rain per hour from Tuesday afternoon into the evening.

All schools in Malibu were closed Tuesday.

Flooding and debris flows were a threat to hundreds of homes in areas below foothills and canyons that were swept by flames in recent years.

Los Angeles County authorities issued evacuation orders beginning Tuesday morning for some areas of the Woolsey Fire. The blaze that broke out in November destroyed more than 1,500 homes and other buildings from Ventura County to Malibu and killed four people.

On Monday, the first in the series of storms dumped an inch of rain in Los Angeles and snow in the mountains.

In San Diego County, a 20-foot-long, 20-foot-deep sinkhole formed on an Interstate 805 off-ramp near Serra Mesa.

A mudslide closed a 4.4-mile section of section of Pacific Coast Highway just north of Malibu on Monday for several hours. In Encino, in the San Fernando Valley of Los Angeles, a guest house was pushed off its foundation by a 250-foot-long debris flow from a hillside. No one was hurt but the Fire Department said up to a dozen other homes were in the slide zone.

Ice and blowing snow shut down the Grapevine, a high pass on Interstate 5, a major route connecting Los Angeles with San Francisco. Dozens of cars and trucks were stranded before the road reopened after nightfall.

Demetrius Moore, a 35-year-old producer of a court TV show in Chicago, was in California for a warm-weather winter vacation. Instead, he found himself huddling in his rental car in the mountain town of Gorman.

“I have just over a quarter of a tank,” Moore said from his car, where he had been sitting waiting for traffic to clear for more than an hour. “I’m growing concerned. I have water and a little bit of a latte left, no food. I’m just kind of hanging out, hoping for the best and wondering if I’ll get out.”