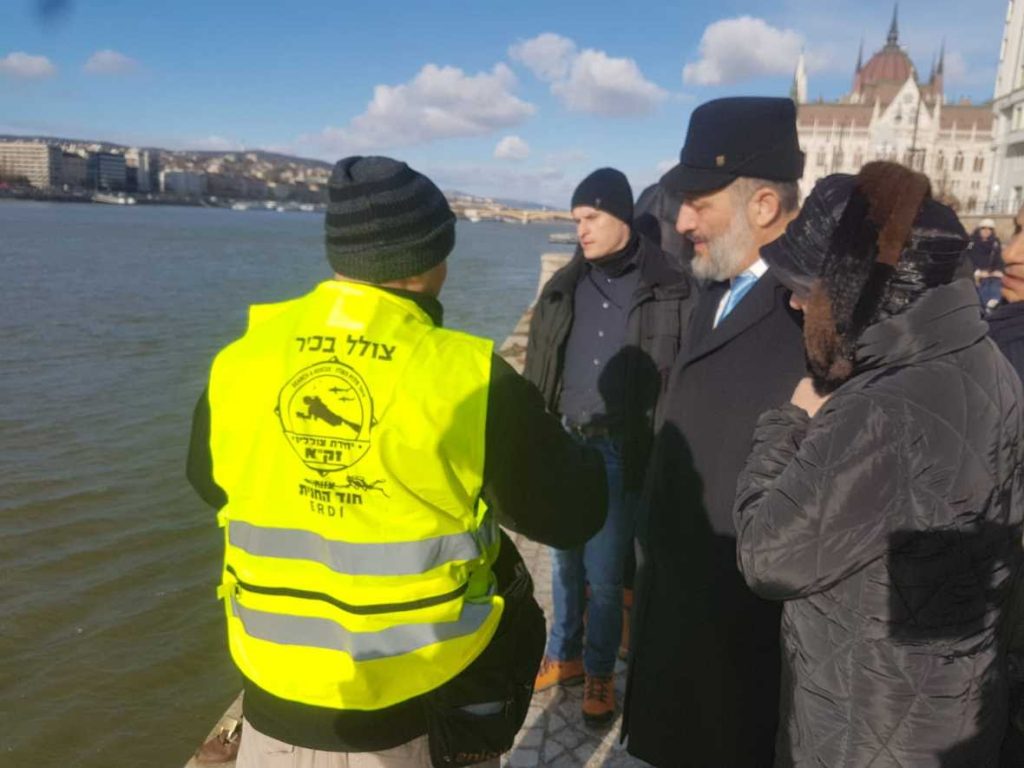 Nearly 75 years after tens of thousands of Hungarian Jews were shot at the banks of the River Danube in Budapest in 1944, ZAKA Search and Rescue divers are about to begin searching the river in an attempt to retrieve their bones for full Jewish burial.

This comes after three years of protracted international negotiations by ZAKA representatives to receive permission for the historic search and recovery mission, including requests made at the highest level of government. The decision to allow ZAKA divers to commence work was announced following a meeting this week between Interior Minister Rabbi Aryeh Deri in Budapest with his Hungarian counterpart.

Over the decades, there have been no attempts to locate and retrieve the bones of the Holocaust victims who fell in their thousands into the river as a result of mass executions by the Nazi-aligned Arrow Cross Party members.

The movement of the water and boats, natural decay and even repair work to the bridges over the Danube all add to the logistical challenge of the project.

The ZAKA divers will be assisted in their search by a recently-purchased sonar device, which can descend to a depth of 450 feet and scan within 390 feet, quickly identifying objects and transmitting the information and exact location to the device operator.

Head of the Unified Hungarian Jewish Federation (EMIH) Rabbi Slomó Köves, appointed by the Hungarian government as the liaison for the project, contacted ZAKA last week to advise that all the necessary approvals are now in place. As a result, an initial delegation of ZAKA divers, headed by ZAKA Special Units commander Haim Outmezgine, is currently in Budapest and plans to begin searching the river on Tuesday with the help of the ZAKA sonar device.

Rabbi Deri, who met with the ZAKA divers on the banks of the Danube and expressed his gratitude for their initiative and the difficult logistical operation they are about to embark on: “I am pleased that the Hungarian Interior Minister has promised assistance, support and technological equipment for the benefit of this project, and I hope that the ZAKA divers will be able to bring these holy martyrs to a full Jewish burial.”

ZAKA Chairman Yehuda Meshi-Zahav, who has personally been involved in this project over the last three years: “This is the final act of chessed that we can do for these holy martyrs who were murdered in kiddush Hashem. ZAKA sees this as a mission of the highest order and value, to do everything we can to finally bring them to burial in accordance with Jewish law.”