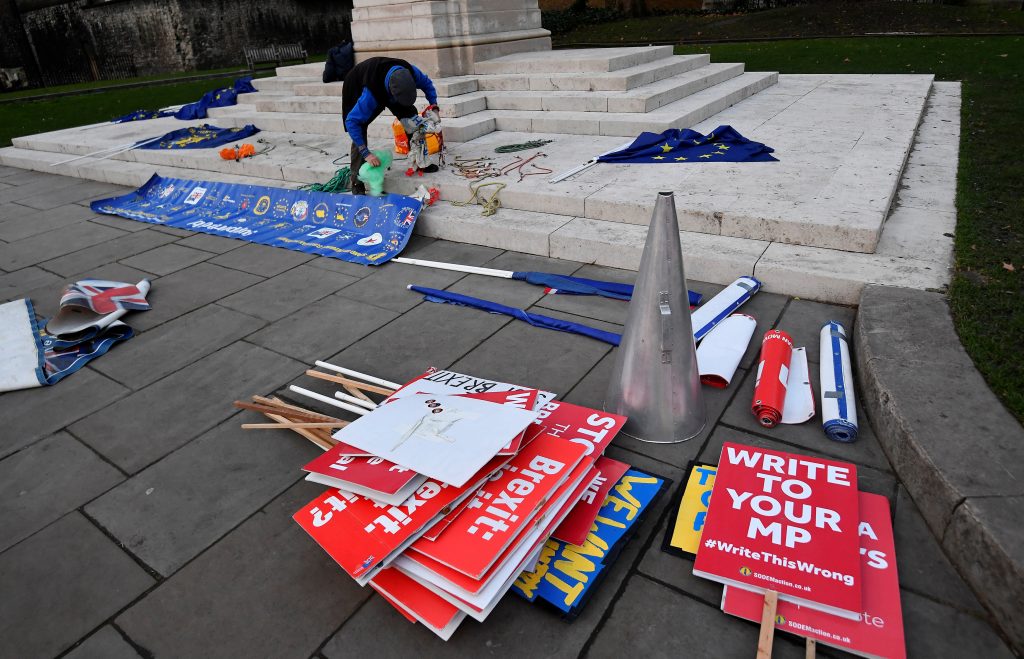 Sterling strengthened to new seven-week highs against the dollar on Monday as markets seized on Prime Minister Theresa May’s warning that lawmakers’ failure to approve her Brexit deal could lead to the U.K. staying in the European Union.

May’s EU divorce deal looks almost certain to get the thumbs-down from Parliament in a vote on Tuesday even as she makes last-ditch efforts to garner lawmakers’ support for it.

Blocking Brexit was now a more likely outcome than Britain leaving the European Union without a deal, May said.

“Theresa May seems to think there is a bigger chance of no-Brexit than of no-deal Brexit. Anything that seems to reduce the chances of a ‘hard’ Brexit is something that would provide solace to investors,” said Jane Foley, FX strategist at Rabobank.

The pound last week posted its fourth straight week in the black, rising sharply on Friday on suggestions that Britain could seek to delay its scheduled March 29 date to exit the European Union. But it has also benefited from recent dollar weakness and last week from a fall in the euro.

However, the outlook for the currency remains uncertain — a last-minute deal, a disorderly or no-deal exit, a new referendum or remaining in the bloc are all seen as possible. Each could have radically different consequences for the sterling outlook.

May is expected to tell rebel lawmakers in an afternoon speech that Britain’s exit from the EU is now in peril from politicians seeking to thwart it.

“It’s difficult to know what she could say that would pull parliamentarians out of their fairly entrenched positions and into her camp,” Foley added.

Instead, markets are increasingly preferring to focus on signs that a “hard” Brexit – crashing out of the bloc without a trade deal in place – is unlikely, given Parliament’s growing influence on the process.

That has helped diminish expectations for sterling swings, while the risk that sterling will fall against the dollar is near the lowest in more than four months, according to one-month risk reversals, a gauge of market positioning.

“We still believe there is scope for a relief pound rally in the coming months if a no-deal Brexit is avoided at the end of March,” MUFG strategist Lee Hardman told clients.