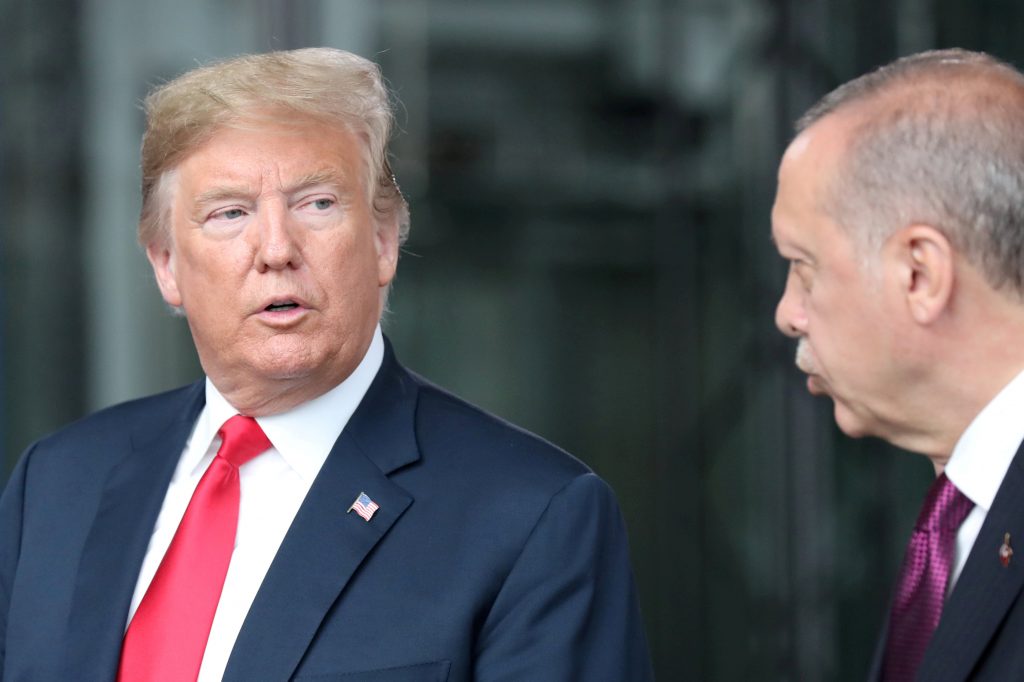 Trump’s decision to pull American troops out of Syria has left the United States’ Kurdish allies in the war against the Islamic State group vulnerable to an attack from Turkey. Ankara views the U.S.-backed Syrian Kurdish forces as terrorists aligned with insurgents inside Turkey.

Turkey’s presidential spokesman Ibrahim Kalin responded to Trump on Twitter by saying: “Terrorists can’t be your partners & allies.” He also insisted that Turkey “fights against terrorists, not Kurds” as a people.

In Sunday’s tweet, Trump also warned the Kurdish forces not to “provoke Turkey.”

The U.S. withdrawal has begun with shipments of military equipment, U.S. defense officials said. But in coming weeks, the contingent of about 2,000 troops is expected to depart even as the White House says it will keep pressure on the IS network.

Once the troops are gone, the U.S. will have ended three years of organizing, arming, advising and providing air cover for Syrian, Kurdish and Arab fighters in an open-ended campaign devised by the Obama administration to deal the terrorists, also known as ISIS, a lasting defeat.

“Starting the long overdue pullout from Syria while hitting the little remaining ISIS territorial caliphate hard, and from many directions,” Trump tweeted. “Will attack again from existing nearby base if it reforms. Will devastate Turkey economically if they hit Kurds.”

Trump’s decision to leave Syria, which he initially said would be rapid but later slowed down, shocked U.S. allies and angered the Kurds in Syria. It also prompted the resignation of Defense Secretary Jim Mattis and drew criticism in Congress. Sen. Jack Reed, a Rhode Island Democrat, called the decision a “betrayal of our Kurdish partners.”