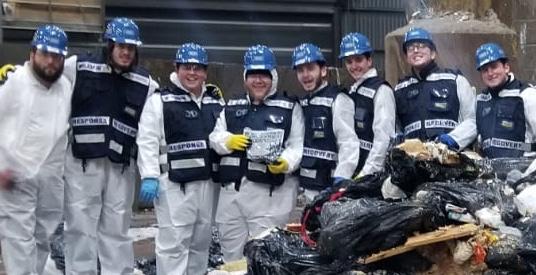 A pair of tefillin were almost lost for good but for the consolidated efforts of Councilman Chaim Deutsch and Misaskim.

It all began when the tefillin belonging to a bachur in Yeshiva Rabeinu Chaim Berlin were inadvertently placed in the trash bin, and they were already carted away before he became aware they were missing. The yeshivah contacted Deutsch’s office, which contacted the Sanitation Department.

Sanitation workers were able to isolate the garbage truck which carted away the yeshivah’s trash. Dedicated volunteers from Misaskim then went to work sifting through the contents of the truck. With siyatta diShmaya, the search was successful, and the tefillin were returned to the owner.