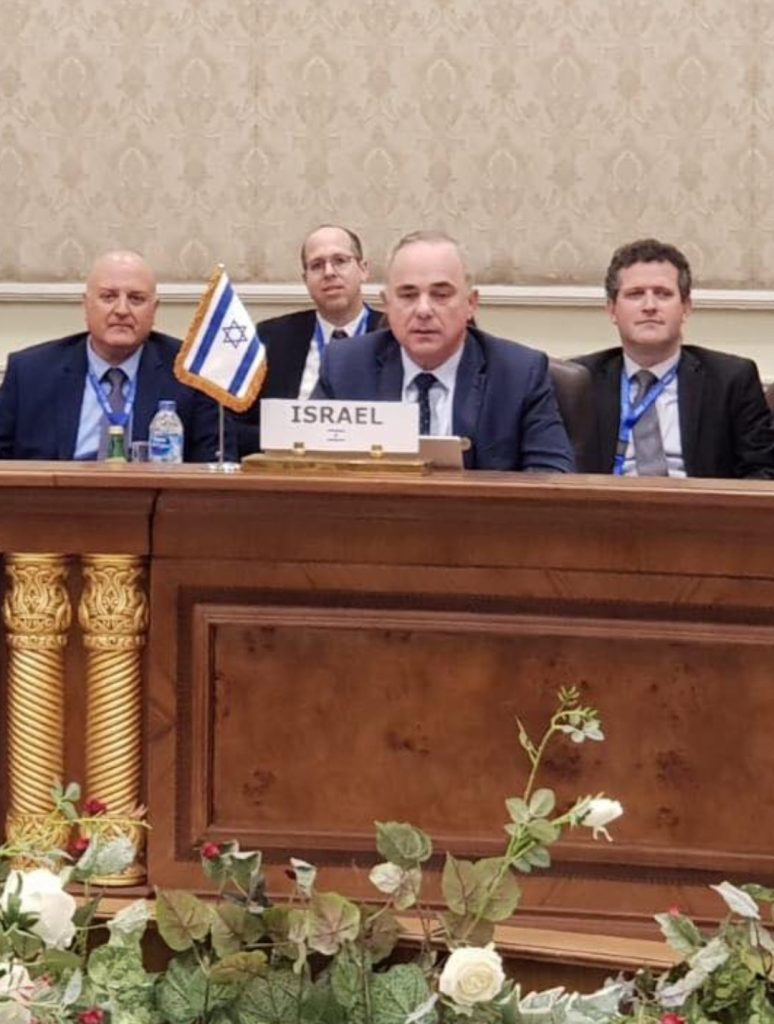 “We are talking about the most significant ever economic cooperation between Egypt and Israel since the peace agreement was signed,” declared Israeli Minister of National Infrastructures, Energy and Water Resources Yuval Steinitz on Monday, referring to the developing bilateral cooperation in natural gas exports.

Steinitz made the comment during what was the first visit of an Israeli minister to Egypt since the Arab spring in 2011, where he participated in the first regional natural gas conference and meeting with his Egyptian counterpart Tarek El-Molla, the Minister for Petroleum, Globes reported on Monday.

The two ministers discussed cooperation in natural gas exports from Egypt and Israel to Europe. Israel’s Tamar Partners and Leviathan Partners signed a $15 billion gas deal with Egypt’s Dolphinus Holdings to supply gas to Egypt, which is expected to begin implementation in 2019, Globes said.

“I thank the Egyptian Minister of Petroleum for the invitation to visit Cairo,” Steinitz said. “This is further proof that developing our offshore gas fields not only has economic and environmental results but also has major diplomatic and geopolitical significance.

Steinitz is scheduled to return to Egypt in May for the establishment of the Mediterranean Natural Gas Organization, which will include Israel, Egypt, Italy, Greece, Cyprus, Jordan and the Palestinian Authority and the EU Energy Commissioner.