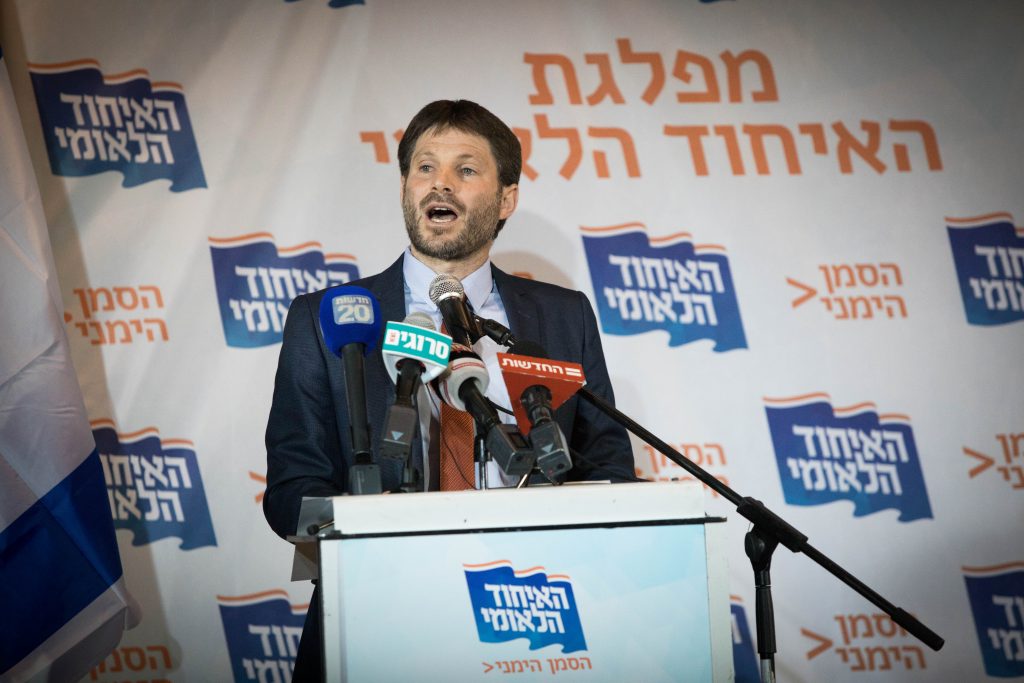 MK Betzalel Smotrich has been elected chairman of the National Union party, the national-religious faction in the Jewish Home party, Arutz Sheva reported on Monday evening.

Smotrich defeated the incumbent, two-term leader, Agriculture Minister Uri Ariel by a vote of 83 to 40 of the central committee’s members.

At 38, Smotrich represents a younger consitutency than that of the 66-year-old Ariel. In his 4 years in Knesset, he has been outspoken in his support for the right-wing agenda, whereas Ariel is seen as more moderate and willing to work with the government rather than criticize it. Ariel said that he would leave politics if not elected to another term at the head of National Union.

Candidates for other offices and the party electoral list were also voted on, with Ofir Sofer chosen for Secretary-General of National Union, former MK Orit Struk, Yossi Cohen and Amichai Eliyahu.