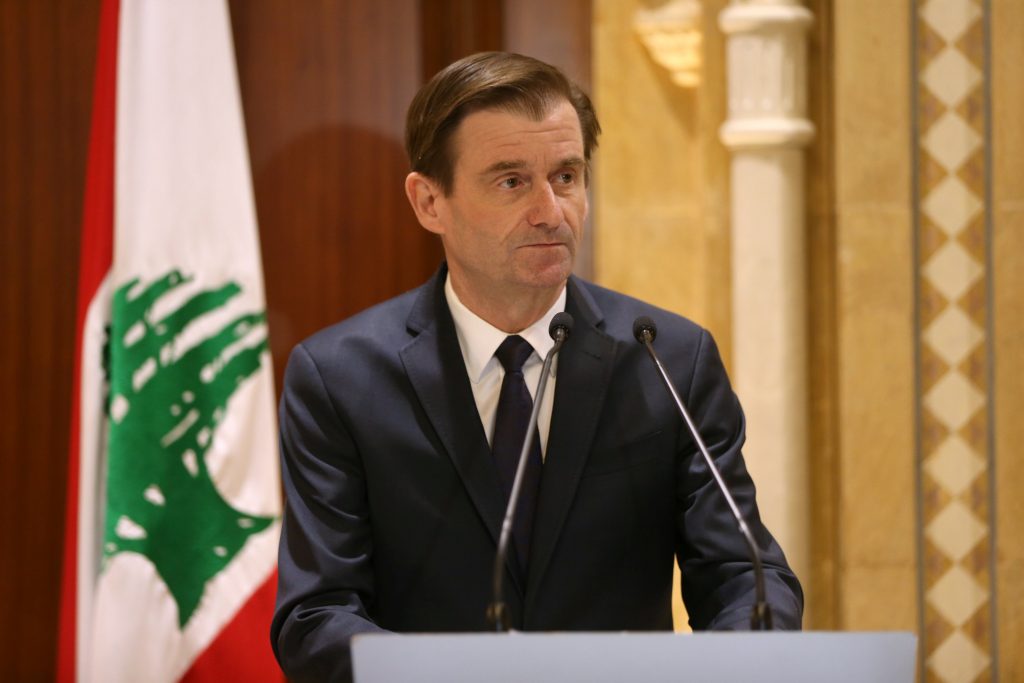 “While Lebanon has the right to defend itself, that is the right of the Lebanese state alone,” said David Hale, U.S. Under Secretary of State for Political Affairs, after meeting Lebanese prime minister designate Saad al-Hariri.

“It is unacceptable to have a militia outside the control of the state, and unanswerable to all people of Lebanon digging attack tunnels across the blue line to Israel or assembling an arsenal of over 100,000 missiles with which to threaten regional stability,” he added.

In recent weeks, Israeli forces uncovered tunnels dug by Hezbollah, and Lebanon complained about Israel’s construction of a barrier along disputed parts of the border.

The United States regards Hezbollah as a terrorist group and has pledged tougher steps to counteract Iranian influence in the region, but it has also reiterated its backing for the Lebanese government – which includes Hezbollah representatives – and army.

However, both sides appear ready to contain matters for now. “Israel’s interest is to keep the (situation) quiet. I think for them (Hezbollah), that interest is even greater,” Lieutenant General Gadi Eizenkot said last week after completing his term as Israeli army chief.