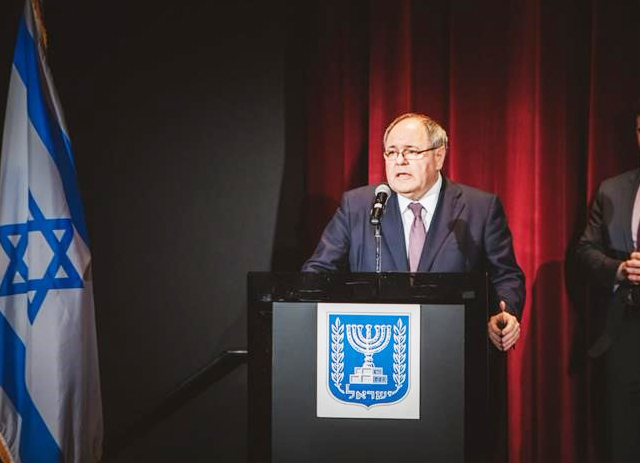 Israel’s consulate in New York marked the International Holocaust Remembrance Day on Monday with a formal ceremony that also mourned the deaths of 11 people in the terrorist attack on a Pittsburgh shul three months ago.

The Consul General in New York, Dani Dayan, was joined by Holocaust survivors, diplomats, faith leaders, politicians, schoolchildren and members of the Tree of Life Congregation in Pittsburgh.

“We are not in Germany of the ‘30s. Far from it,” Dayan said. “But today we are experienced and know that the malignant anti-Semitism must be crushed and uprooted in its early stages. ‘Never again’ is now. We must fight with all our might against the anti-Semitic beast.”

The formal International Holocaust Remembrance Day is on Jan. 27.