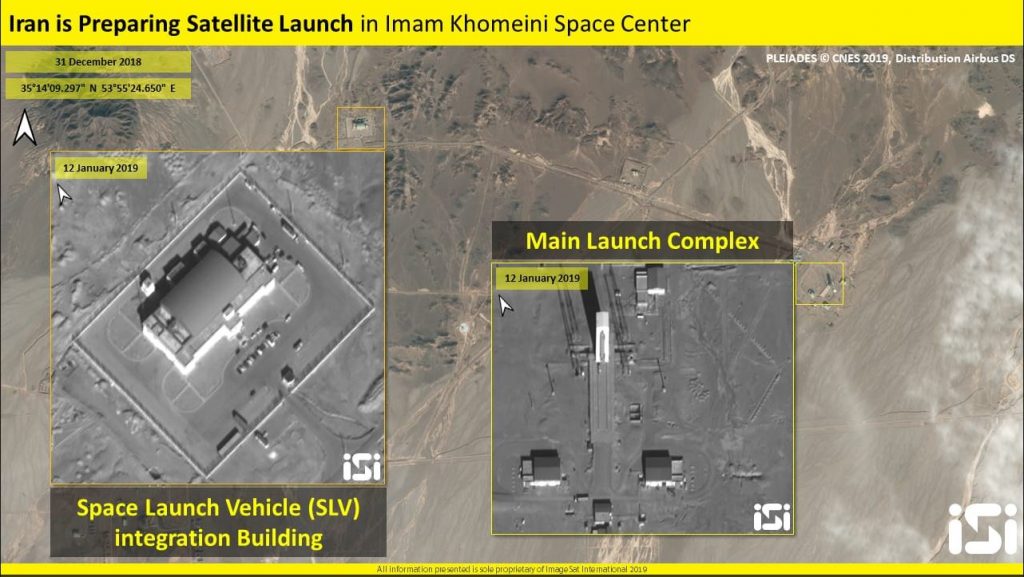 An intelligence report, based on satellite images taken in recent days by ImageSat International, shows that Iran is preparing to launch a satellite into space at the Imam Khomeini Space Center.

Rouhani’s comments, during a commemoration for the late President Akbar Hashemi Rafsanjani, confirmed the rocket launches would take place.

Iran typically displays achievements in its space program in February, during the anniversary of the 1979 Islamic Revolution. This year will mark the 40th anniversary of the revolution, which saw the Persian monarchy of Shah Mohammad Reza Pahlavi replaced by the Islamic Republic overseen by a Shiite cleric.

“Soon, in the coming weeks, we will send two satellites into space using our domestically made rockets,” Rouhani said, without elaborating.