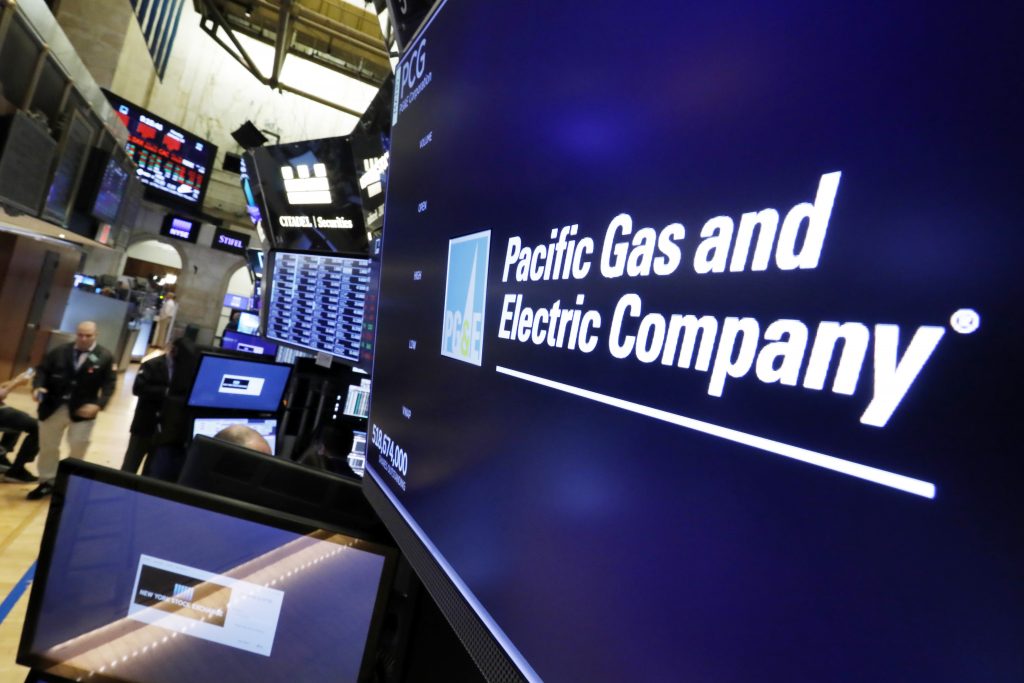 The announcement Monday follows the resignation of the power company’s chief executive Geisha Williams a day earlier. John Simon, the company’ general counsel since 2017, will serve as interim chief executive.

Officials are investigating whether the utility’s equipment sparked a wildfire in Northern California in November that killed at least 86 people and destroyed 15,000 homes. Damages from that fire have been estimated in the billions. In addition, state investigators blamed PG&E power lines for some fires in October 2017.

Chapter 11 reorganization represents “the only viable option to address the company’s responsibilities to its stakeholders,” said Richard Kelly, chairman of the board of directors of PG&E, in a statement.

“The Chapter 11 process allows us to work with these many constituents in one court-supervised forum to comprehensively address our potential liabilities and to implement appropriate changes,” Kelly added.

PG&E said Monday that it has given the required 15-day advance notice that it plans to file for bankruptcy protection.

“In my time, this is the biggest utility failure I’ve seen,” said Jacob Kilstein, a securities analyst at Argus Research.

Kilstein said he was surprised to see PG&E announce its plans to declare bankruptcy.

“I thought keeping the company in business would be better for customers and even creditors,” he said. “I thought the state would serve as a buffer to this and make sure to work something out as they did with 2017 fires.”

PG&E said it does not expect any impact on its delivery of electricity or natural gas to customers, and the company remains committed to helping communities affected by wildfires in Northern California. Restoration and rebuilding efforts will continue, the company said.

“PG&E provides gas and electric service to 16 million Californians,” said California Gov. Gavin Newsom, in a statement. “From the moment I was elected, I have been closely monitoring the impact of PG&E’s existing and potential future liability for the deadly wildfires on the victims of the fires and the consumers who rely on PG&E for their electric and gas service.”

The company said it will be able to gain access to capital and resources it needs to continue providing service to customers as it restructures.