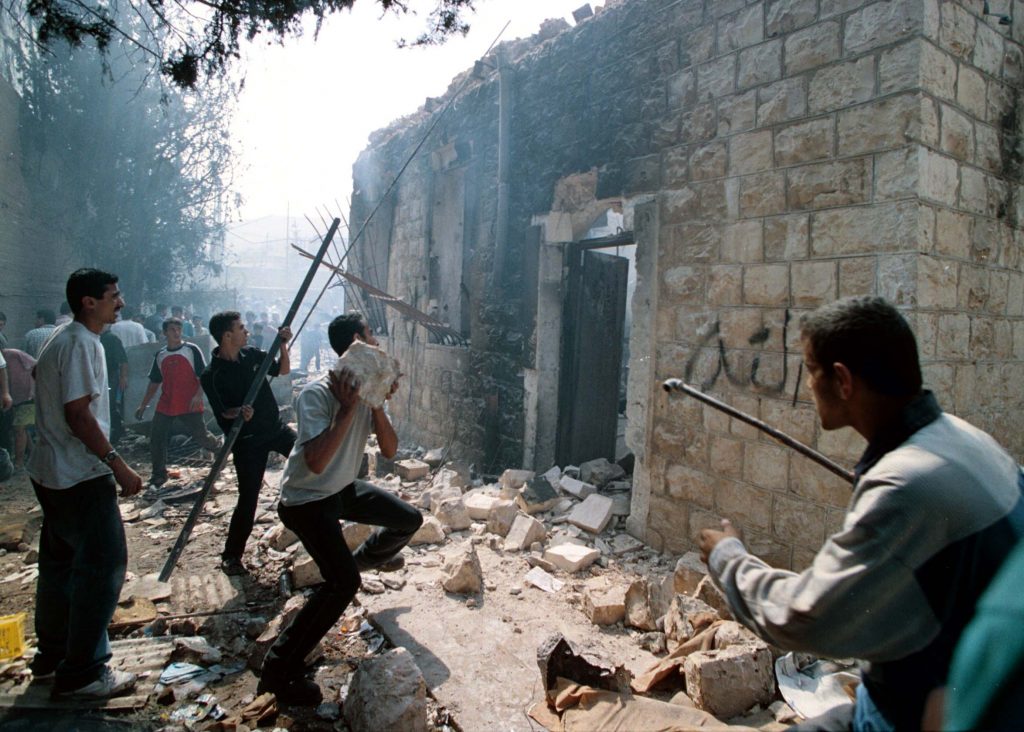 If he was aiming to curry favor with the Druze community earlier Monday when he said that he would support adjusting the Nation-State Law, Israel Resilience Party head Benny Gantz has apparently failed at that task. Speaking Monday afternoon, Mahdi Yusuf, the brother of fallen IDF soldier Madhat Yusuf, said that the family still blames Gantz directly for the death of the soldier. “He is not worthy to run the country after he left our brother to die in Shechem,” Mahdi Yusuf told reporters. “He did not take responsibility then, and if he has not done so for 19 years, he will not do it now. He is making a mockery of the Druze community.”

On Oct. 1, 2000, at the beginning of the second Intifada, Arab terrorists attacked Kever Yosef, which was being guarded by a small contingent of IDF soldiers that included Madhat Yusuf. Under the Oslo Accords, the soldiers were supposed to be there, guaranteeing Israeli access to the site. The terrorists attacked the soldiers, and Yusuf was hit and injured in his neck. Senior IDF staff gathered in the area after the attack, among them Gantz, who was head of the IDF’s Yehudah and Shomron Division at the time. There were sufficient numbers of soldiers in the area to stage a rescue of Yusuf, the family has charged, but instead the staff decided to reach out to Jibril Rajoub, a top PA terrorist, to rescue Yusuf. He promised to do so, but it took the PA police four hours to rescue the soldier – by which time he had lost so much blood that saving him was impossible.

The family accused Gantz of sentencing Yusuf to death by failing to act, and in 2011 organized a petition to the High Court to prevent him from being appointed IDF Chief of Staff. The petition was never filed, and in an investigation after the incident, IDF officials determined that Gantz could not be solely blamed for Yusuf’s death, as there were other, more senior officers involved in the decision.

That has not prevented the family, as well as many in the Druze community, from continuing to blame Gantz. Commenting on the brouhaha, Communications Minister Ayoub Kara, a member of the Druze community, said that “the clouds surrounding your abandoning of Madhat Yusuf and your responsibility for the humiliation of Israel’s Lebanese comrades after the withdrawal of the IDF from south Lebanon will not be canceled out by your phony and populist attack on the Nation-State Law. As we promised the leaders of the Druze community, we in the Likud will ensure that the community is not harmed by this law.”

Earlier, Chairman of the Knesset Foreign Affairs and Defense Committee and new Likud member Avi Dichter said that it “was not surprising that this would be the first thing Gantz says, and to a Druze group, because the Madhat Yusuf incident is still casting a shadow over him. The Nation-State Law does not hurt anyone’s rights, and for you, my dear Gantz, silence would have been preferable than this terrible comment.”

Also commenting on the Yusuf fiasco was Public Security Minister Gilad Erdan, who said that “Gantz, as part of the commanding group in the incident, did not do everything he could to save Yusuf’s life. The comment by Gantz against the Nation-State Law is pathetic. The alliance we in the Likud have with our Druze brothers is eternal. Gantz would be better off remaining quiet,” Erdan added.