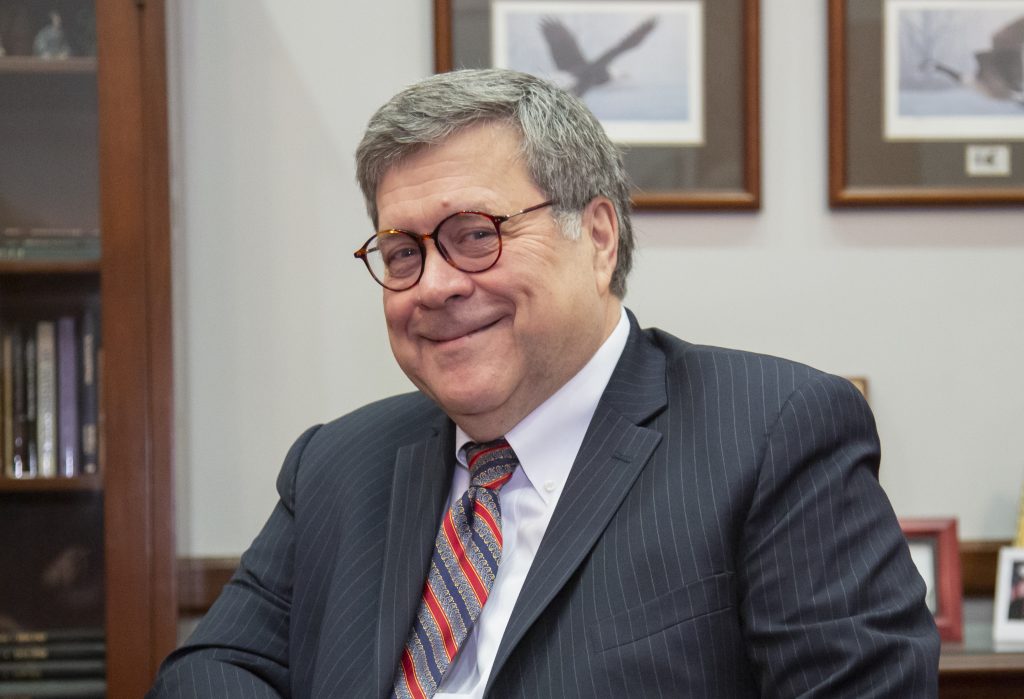 President Donald Trump’s nominee for attorney general will tell senators at his confirmation hearing “it is vitally important” that special counsel Robert Mueller be allowed to complete his Russia investigation, according to prepared remarks obtained by The Associated Press on Monday.

“I believe it is in the best interest of everyone — the President, Congress, and, most importantly, the American people – that this matter be resolved by allowing the Special Counsel to complete his work,” William Barr will say.

He will also address concerns that the results of Mueller’s investigation into potential coordination between the 2016 Trump presidential campaign and Russia might never be disclosed, saying it is “very important” that Congress and the public be informed of the prosecution team’s findings.

“For that reason, my goal will be to provide as much transparency as I can consistent with the law,” Barr said. “I can assure you that, where judgments are to be made by me, I will make those judgments based solely on the law and will let no personal, political, or other improper interests influence my decisions.”

The remarks are an acknowledgment that Barr’s handling of Mueller’s investigation will take center stage at Tuesday’s hearing before the Senate Judiciary Committee. They’re intended to reassure Democratic senators troubled by Barr’s past comments on the special counsel’s probe, including an unsolicited memo he sent the Justice Department last year criticizing the inquiry into whether the president had obstructed justice.

He also previously said the president’s firing of FBI director James Comey was appropriate and that the Mueller team, criticized by President Trump for including prosecutors who have contributed to Democrats, should have had more “balance.”

Those stances raised alarms that Barr could stifle the investigation as it reaches its final stages or make decisions that protect the president. Among the questions that might confront a new attorney general would be whether to approve a subpoena for the president if he refuses to answer additional questions, and whether to disclose to Congress whatever report or conclusions Mueller turns in.

But Barr, who also moved to quell concerns during private meetings last week with lawmakers, will insist that Trump had “sought no assurances, promises, or commitments from me of any kind, either express or implied.”

“As Attorney General, my allegiance will be to the rule of law, the Constitution, and the American people,” Barr will say. “That is how it should be. That is how it must be. And, if you confirm me, that is how it will be.”

Barr’s supervisory role may be especially important since Deputy Attorney General Rod Rosenstein, who appointed Mueller in May 2017 and has overseen his day-to-day work, expects to leave the Justice Department soon after Barr is confirmed. It is not clear how much of the investigation will be left by that point.

Barr would replace acting Attorney General Matthew Whitaker, who declined to recuse himself from the investigation over past critical comments on it — despite calls from Democrats and the advice of a Justice Department ethics official.

In his memo, sent in June to Rosenstein and to the head of the Justice Department’s Office of Legal Counsel, Barr criticized as “fatally misconceived” the theory of obstruction that Mueller appeared to be pursuing. He said presidents cannot be criminally investigated for actions they are permitted to take under the Constitution, such as firing officials who work for them, just because of a subjective determination that they may have had a corrupt state of mind.

Justice Department spokeswoman Kerri Kupec has said Barr wrote the memo on his own initiative and relying only on publicly available information. She said senior ethics officials were consulted about the memo and have advised that it presents no conflict of interest to Barr’s work as attorney general.

In his remarks Tuesday, Barr will say that the memo was narrowly focused on a single theory of obstruction that media reports suggested Mueller might be considering.

“The memo did not address – or in any way question – the Special Counsel’s core investigation into Russian interference in the 2016 election,” Barr will say.