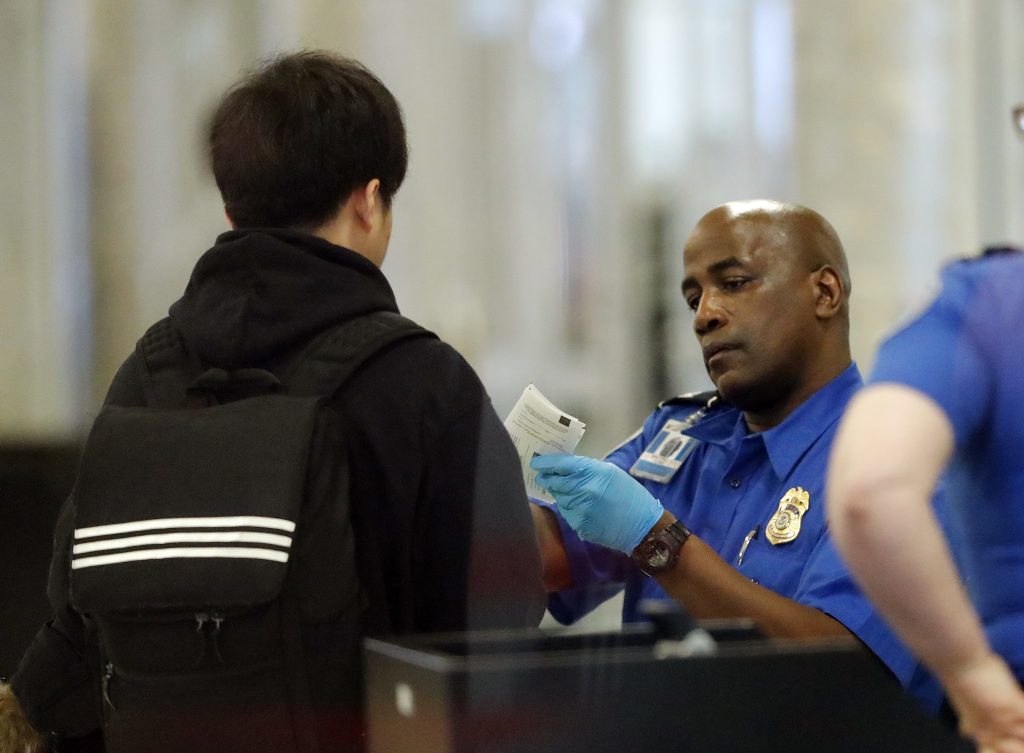 Some airport security lanes in Atlanta’s Hartsfield-Jackson and Washington’s Dulles International were closed as the Transportation Security Administration continued to grapple with more absenteeism in the partial government shutdown.

Wait times to pass through security were “over an hour” at Atlanta’s main checkpoint for domestic flights, the airport said on its website. Screening times were as much as 45 minutes at the two other domestic-flight checkpoints at the nation’s busiest airport.

The TSA on Monday experienced more than twice the normal rate of security officers calling in sick, agency spokesman Michael Bilello said in a tweet. The rate of 7.6 percent unscheduled absences compared with 3.2 percent on Monday, Jan. 15, 2018, he said.

TSA screeners weren’t paid on Friday, their first full paycheck since the government mostly shuttered more than a dozen major departments and agencies on Dec. 22 in a dispute over whether to fund a wall at the Mexico border.

TSA Administrator David Pekoske on Friday announced that the agency would pay its employees for work conducted on that first day of the shutdown and awarded bonuses of $500 to each of them.

“While I realize this is not what you are owed for your hard work during pay period 26 and what you deserve, I hope these actions alleviate some of the financial hardship many of you are facing,” Pekoske said in a tweet.

At Virginia’s Dulles, near Washington, D.C., the TSA in collaboration with the airport closed two checkpoints and consolidated all screening into a third checkpoint, Bilello tweeted. The region was hit with snow over the weekend and TSA officers were staying home at rates “slightly higher than a normal snowstorm,” he said.

The government shutdown has also kept most Federal Aviation Administration safety inspectors off the job, prompting many routine actions to come to a halt. Southwest Airlines Co. said it was postponing plans to begin flights to Hawaii because it couldn’t get needed approvals.