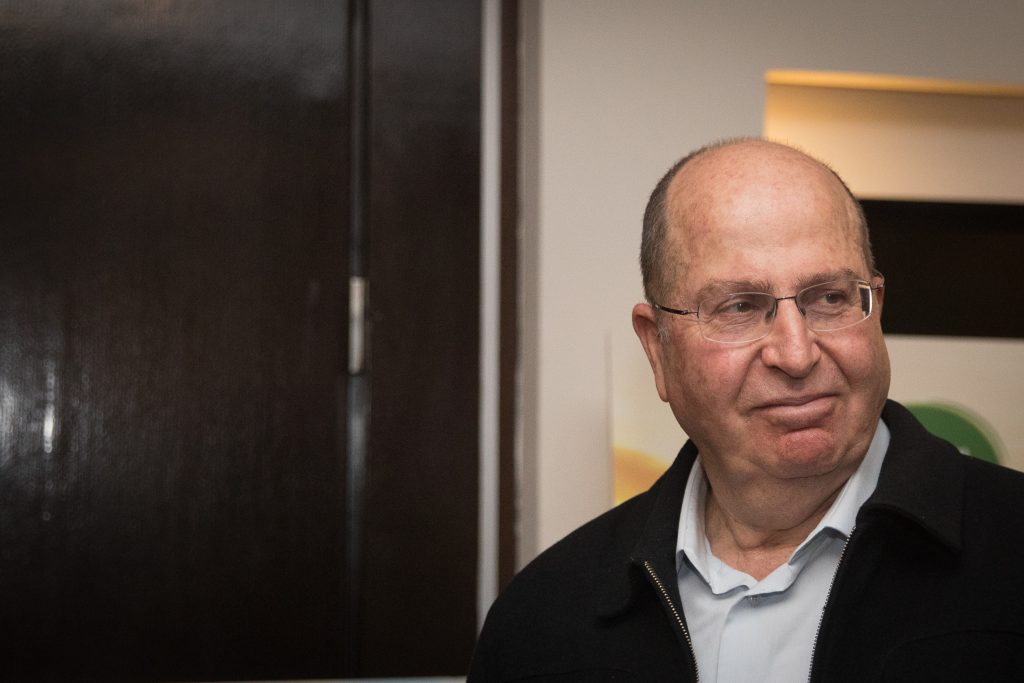 “My goal is to create a bloc that will replace the government and bring the state of Israel back on the right track. I will leave my ego outside the room,” former IDF chief and Defense Minister Moshe Yaalon declared on Sunday, according to The Times of Israel`.

Yaalon has been in talks with another selfless former general, Benny Gantz, seeking a coalition of the two parties they have just separately founded, Telem and Israel Resilience, respectively.

“I believe that more than two parties should join together and stick to the priorities of what is important. I believe that the internal threat is the most important thing at the moment for the future of the state,” Yaalon said. Besides their military records, both he and Gatz are known for their view that corruption and internal divisions pose serious threats to national security.

When asked about the reported negotiations for teaming up with Gantz, Yaalon conceded that they haven’t reached agreement yet.

“Not everyone agrees on everything 100 percent, but we can find an agreed order of priorities and a common language. It’s not a matter of Left or Right,” Yaalon replied.

“I’m the most experienced candidate, but whether it’s to be number one or to help as number two, I have a burning desire to help the state, and I’ll do what’s needed,” he said.

Yaalon was a Likud MK and defense minister, while Gantz is just emerging from the required “cooling-off” period after retiring from the IDF before entering politics. But Gantz’s impressive poll numbers, around 15 mandates, presumably entitle him to the No. 1 spot on a coalition ticket with Yaalon.

Gantz’s silence has been much commented on, and not entirely favorably. Yaalon was asked directly about the barb from another former general, now Likud MK, Yoav Gallant, who said last week that Gantz has been silent since launching his party because he has “nothing to say.”

“I raised many officers in the IDF. Some of them maintained the right path of integrity, and some did not,” Yaalon responded with cutting brevity. This was probably a reference to Gallant having been passed over for IDF chief of staff amid questions about the legality of improvements on his home.