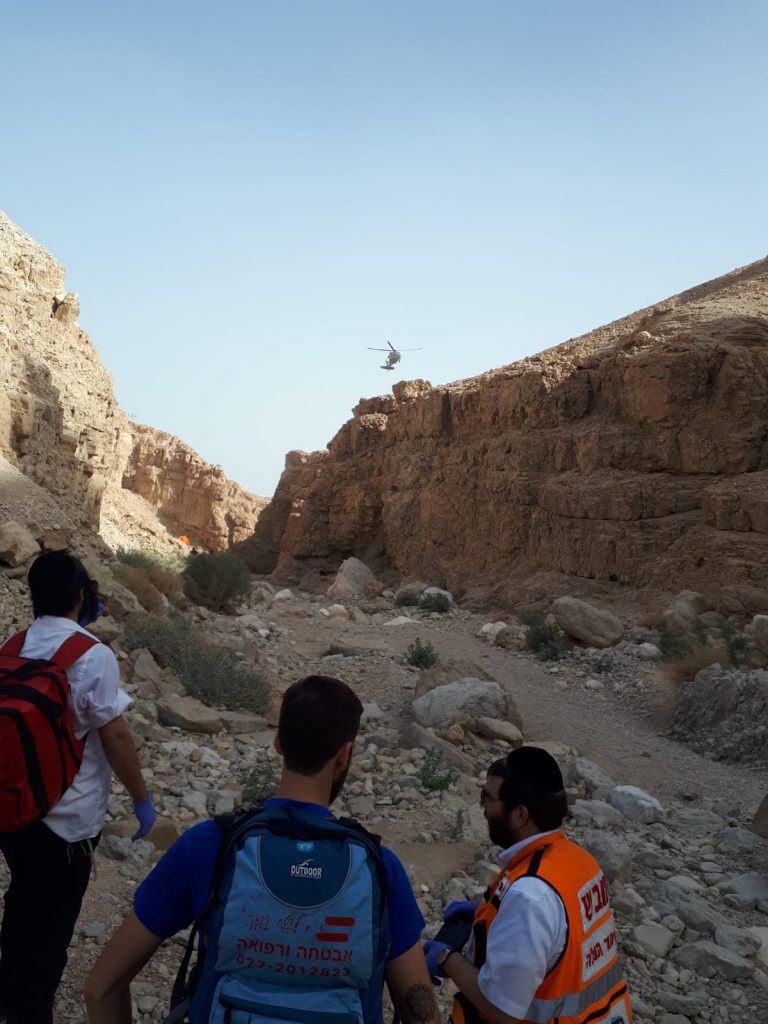 A 17-year-old girl slipped from a 10-meter-high slope Sunday, during a class trip to Nachal Zohar in the Judean Desert, and was hit in the head. The Ein Gedi and Arad police rescue units arrived at the scene of the incident, and a helicopter evacuated the girl to Be’er Sheva’s Soroka Hospital in moderate condition.

“We arrived at the Zohar junction where we joined a jeep that brought us into the ravine,” said Sara Israeli, a senior MDA medic, and Elad Fass, a MDA paramedic. “The injured woman lay in the bottom of the ravine and she was conscious and had bruises on her head and limbs. We gave her first medical treatment on the spot and a few minutes later we were joined by a doctor and paramedics who arrived at the site. The young woman was evacuated by IDF helicopter.”

Police said in a statement that “we appeal to the public to act cautiously on nature and hiking sites, especially after the rains, in which the land is slippery and unstable.”

All are asked to daven for the refuah sheleimah of Elisheva bas Rivka Ahuva.