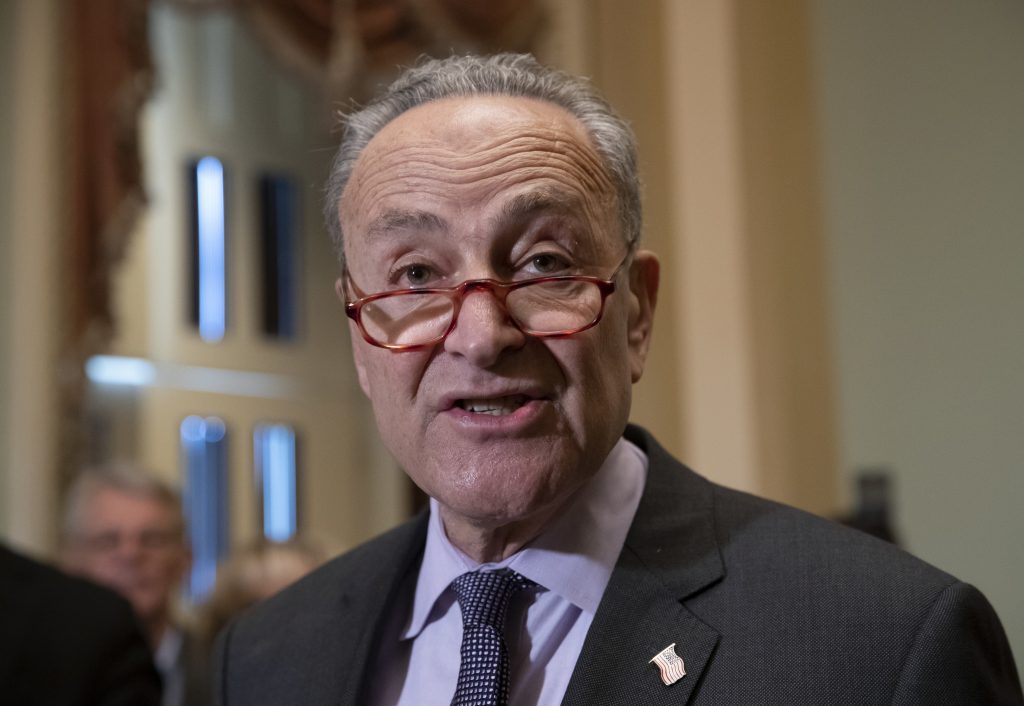 Senate Democratic Leader Chuck Schumer said on Saturday he will force a vote soon on a resolution to disapprove the Trump administration’s decision to relax sanctions on three Russian companies connected to oligarch Oleg Deripaska.

“I have concluded that the Treasury Department’s proposal is flawed and fails to sufficiently limit Oleg Deripaska’s control and influence of these companies and the Senate should move to block this misguided effort by the Trump administration and keep these sanctions in place,” Schumer said in a news release.

The U.S. Treasury announced on Dec. 20 that it would lift sanctions imposed in April on the core businesses of Deripaska, including aluminum giant Rusal, its parent En+ and power firm EuroSibEnergo, watering down the toughest penalties imposed since Moscow’s 2014 annexation of Crimea.

After lobbying by European governments that followed the imposition of sanctions, Washington postponed enforcement of the sanctions and started talks with Deripaska’s team on removing Rusal and En+ from the blacklist if he ceded control of Rusal.

The businessman, who has close ties to the Kremlin, also had ties with Paul Manafort, Trump’s former campaign manager, documents have showed.

An FBI agent said in an affidavit attached to a 2017 search warrant unsealed earlier this year that he had reviewed tax returns for a company controlled by Manafort and his wife that showed a $10 million loan from a Russian lender identified as Deripaska.

On Thursday, U.S. Treasury Secretary Steven Mnuchin insisted that the Trump administration would keep tight control on companies linked to Deripaska, despite the decision to ease restrictions.

Mnuchin said the firms would face consequences including the reimposition of sanctions if they failed to comply with the terms.

Schumer said given Deripaska’s potential involvement with Manafort, and since special counsel Robert Mueller’s investigation into Trump’s ties with Russia has not yet concluded, “It’s all the more reason these sanctions must remain in place.”

Passage of the resolution of disapproval of the Treasury’s decision would require the approval of both the Democratic-majority house and the Senate, led by Trump’s fellow Republicans who are unlikely to break with his policy.