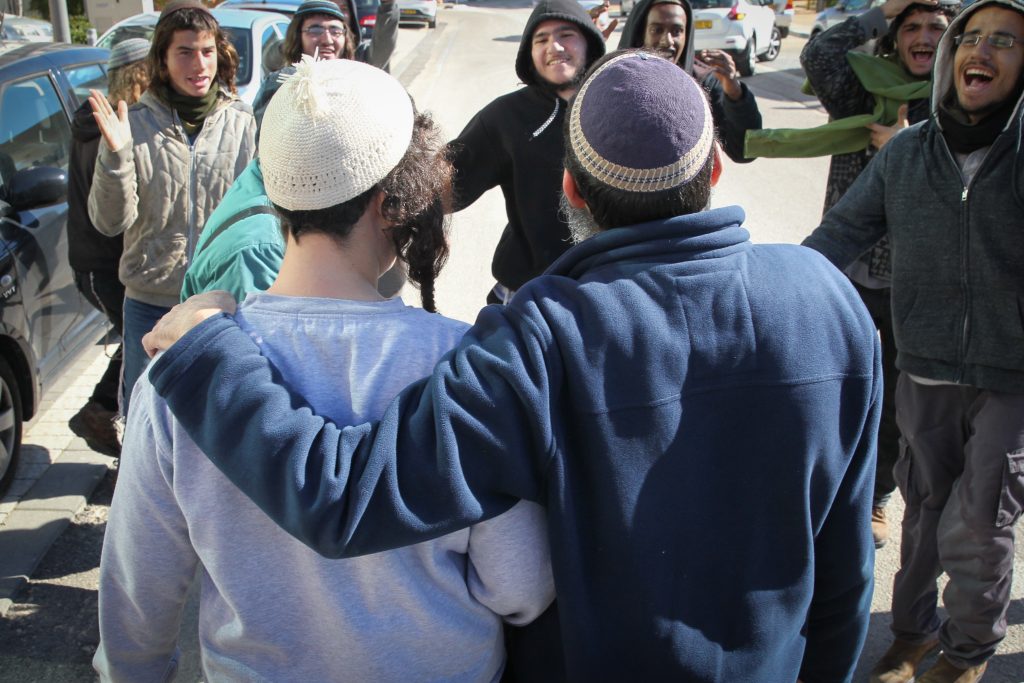 The Palestinian Authority condemned the release of four of the five youths held by the Shin Bet for nearly two weeks in the alleged “Jewish terror” case, in which a 58-year-old Palestinian woman was killed when the vehicle she was riding in was hit with stones. The PA said that the release of the “settler terrorists” gives “a green light to settlers to renew their terrorist campaign.”

The four were released to house arrest after 12 days in custody on suspicion of throwing rocks at an Arab vehicle that led to the death of a 58-year-old mother of nine. The house arrest is for a period of six days, during which time they are not allowed to contact anyone involved in the case.

According to the Shin Bet, the five were involved in a rock-throwing incident that occurred on Friday night, December 10, 2018. The youths, who are talmidim at Yeshivat Pri Ha’aretz in the Shomron town of Rechelim, are accused of leaving the yeshivah late Friday night and throwing stones at Arab vehicles. They struck a vehicle in which the woman was riding along with her husband. As a result of the attack, the vehicle skidded and overturned, injuring both seriously. The woman died of her wounds in the hospital.

PA spokesperson Yousef al-Mahmoud said that the release of the “terrorists” shows “how the occupation relates to the terrorist crimes of this population. The settlers are a cornerstone of the control of the Palestinian nation, and is responsible for bloodshed and persecution of them in their homeland.”

Only one of the original five suspects is still in custody, and that suspect will appear in a Lod court Sunday as police seek to extend his remand. That appearance comes in lieu of one that was supposed to take place on Friday, but didn’t, because the Shin Bet and police refused to bring him to court, said the youth’s attorney Adi Keidar.

Keidar noted that the Friday hearing had been at the suggestion of the High Court, which said that it would be “proper” to hold the hearing after attorneys claimed that the Shin Bet had no solid evidence against the youth. “By allowing police and the Shin Bet to delay the hearing, the court has given its approval to the violation of the law and the harming of the human rights of a minor. This is a dangerous precedent by the police and Shin Bet, which have now been joined by the Court and the Prisons Service. The system is rotten and must be reworked from the ground up,” Keidar added.