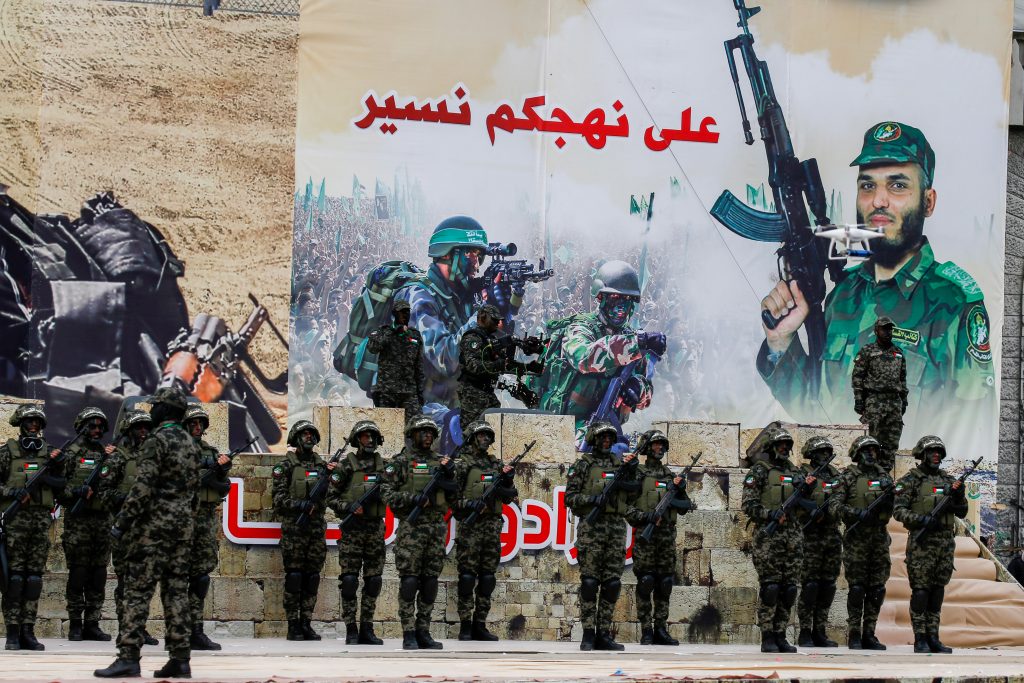 Hamas over the weekend held a press conference in which it revealed further details on the recent IDF activity in Gaza, in which an Israeli officer was killed when the presence of a group of IDF soldiers operating undercover in Gaza was discovered. During the press conference, Hamas showed a video in which the vehicles that the Israelis were riding in were marked, and using animation showed the confrontation that led to the death of Colonel M. Details of the incident were released for publication in November.

According to Hamas, the Israeli action had been in the planning stages for at least a year. The 15-person Israeli force had been in Gaza at least once during that period, posing as workers for a non-government organization charity. The purpose of the Israeli force was to install sophisticated equipment that would allow Israel to intercept Hamas communications. Hamas claimed to have captured “large amounts of important equipment” from the Israeli forces after the operation was compromised.

According to Hadashot News, on the day they were caught, Hamas claimed that the Israeli forces were riding through Gaza City in two vehicles. One of the vehicles was stopped by a top Hamas terrorist, who inspected the vehicle and was set to haul in its passengers for interrogation at a Hamas facility. At that point the Israeli soldiers pulled out guns and started firing, with Hamas terrorists responding. IDF planes and helicopters immediately began bombing the area, seeking to create a protected path for the Israelis to return back over the border.

Hamas said at the press conference that the revelation of the presence of the Israeli force showed the terror group’s capabilities. “The security forces of the occupation should be very worried, because the information that was revealed will provide us with an advantage over them. We have discovered much information, including the name of the secret unit these fighters belonged to, and we will use this information to respond strongly to this incident,” the group said.