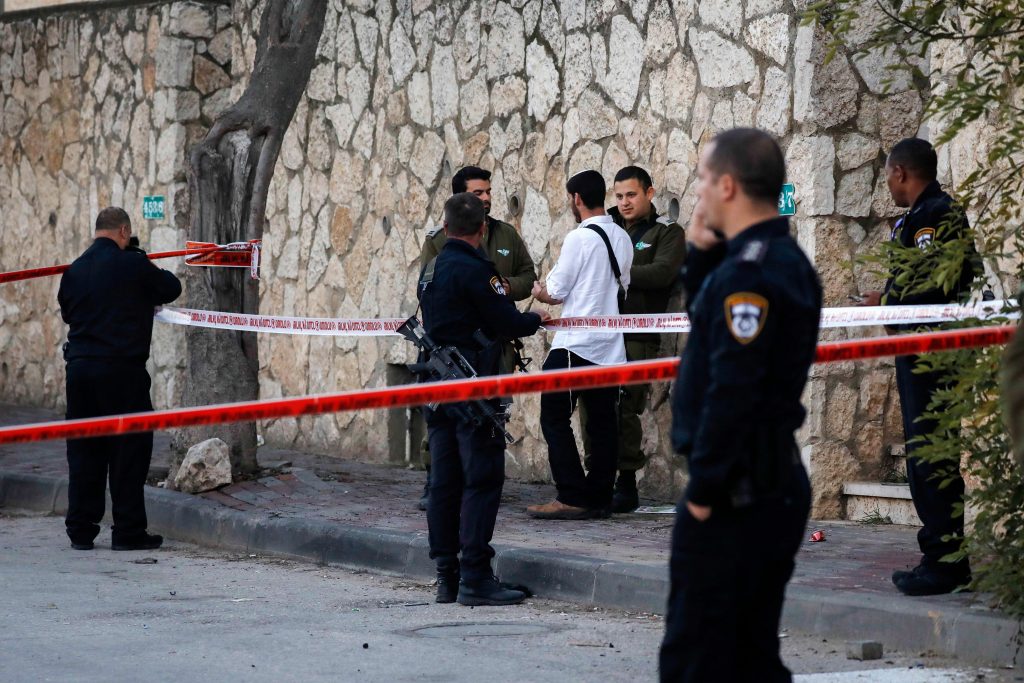 An attempted terror attack in Chevron on Friday illustrates the “Azaria effect,” with Israeli soldiers afraid to eliminate terrorists for fear they will be prosecuted by IDF lawyers, according to right-wing activist and attorney Itamar Ben-Gvir. “With all the affection we have for soldiers and the work they do, the truth must be told: The way the soldiers responded in this incident is very problematic,” Ben-Gvir said.

The incident occurred right before Shabbos, late Friday afternoon, when an armed Arab terrorist flashing a knife approached an Israeli in the Givat Ha’avot neighborhood, between Chevron and Kiryat Arba. Security cameras show the Arab approaching the Israeli as two IDF soldiers look on, with their rifles aimed at the terrorist. An Israeli civilian is then seen intervening, shooting the terrorist and injuring him.

The wounded terrorist then veers in the direction of the soldiers, still brandishing the knife. At that point the soldiers open fire, hitting him in the lower portion of his body. The terrorist, now injured in his leg, falls.

For Ben-Gvir, the scenario evokes the concern Israeli soldiers have expressed in the wake of the trial of Elor Azaria, who was convicted last year on charges of manslaughter and conduct unbecoming an IDF soldier, after shooting at a terrorist in Chevron on Purim in 2016, when the terrorist was neutralized and on the ground, after he had been shot when he tried to stab soldiers. Azaria spent nine months in military prison for the offense.

“When a terrorist enters a neighborhood with a knife and chases civilians with the intent of stabbing them, he needs to be shot with the intention of killing him,” Ben-Gvir said. “Unfortunately, the Elor Azaria incident has caused soldiers to fear taking such action. In this case, had it not been for the brave citizen, this could have ended in tragedy. The IDF and military prosecutor’s office must understand how we have come to the point where soldiers are hesitant to shoot a terrorist in an area where there are children.”

In a statement, the IDF said that “a terrorist attempted to stab soldiers at a military outpost next to the Givat Ha’avot neighborhood. In response, the soldiers and an Israeli who was present during the incident shot and neutralized the terrorist.”