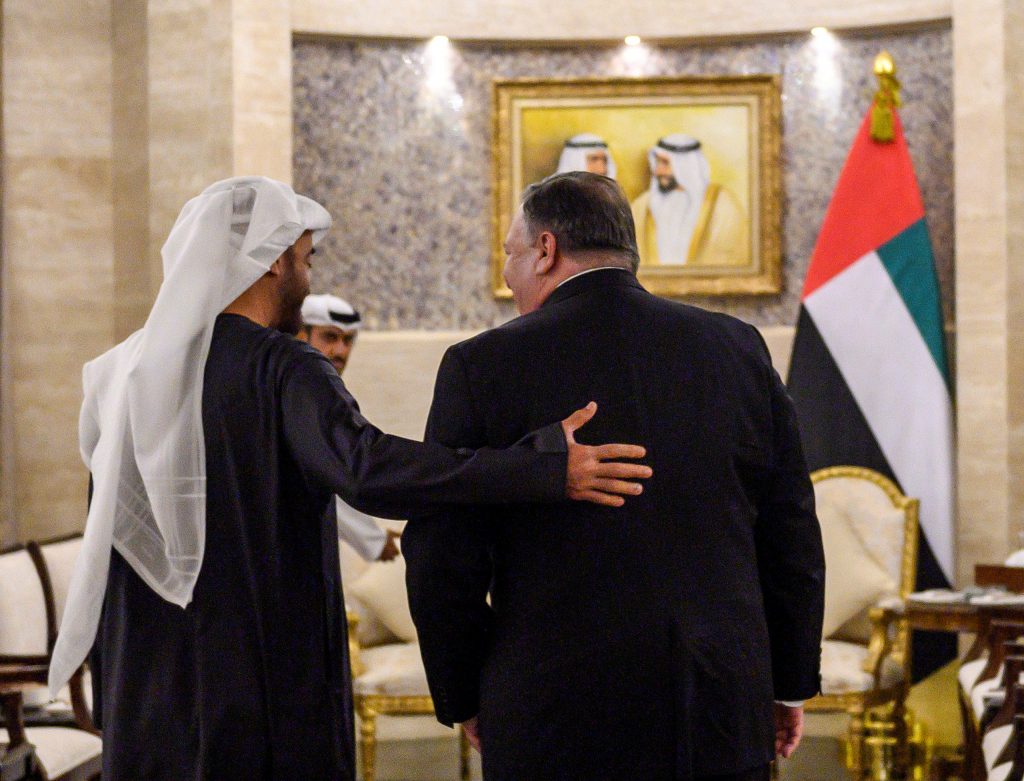 Secretary of State Mike Pompeo said on Saturday he was optimistic that a “good outcome” could be reached between Turkey and Syrian Kurdish groups, after speaking to the Turkish foreign minister.

“We recognize the Turkish people’s right to defend their country from terrorists, but we also know that those … who are not terrorists and fighting alongside us for all this time deserve to be protected,” Pompeo told reporters.

“There are many details to be worked out but I am optimistic we can achieve a good outcome,” he said.

Relations between the two NATO allies have been strained over U.S. backing for the Kurdish YPG, which Turkey views as an extension of the outlawed Kurdistan Workers Party (PKK) waging a decades-long insurgency on Turkish soil.

Pompeo said his phone call with Foreign Minister Mevlut Cavusoglu involved several elements of U.S.-Turkey relations, including Syria and the detention of Americans in Turkey.

He said the U.S. envoy for Syria, Jim Jeffrey, had traveled to northeast Syria this week and would soon go to Ankara for talks, including on moving forward a U.N.-led political process to end the eight-year long conflict in Syria.

He suggested that talks between Damascus and the Syrian Kurds could be part of a broader political solution in Syria.

“We hope we can turn the corner here,” Pompeo added.

Kurdish-led groups who control swathes of northern Syria fear an attack from Turkey in the wake of President Donald Trump’s decision to withdraw troops from their region. Turkey sees the Kurdish YPG militia close to its border as a security threat.

Trump’s decision to withdraw the troops hinges on Turkey’s cooperation to secure the northern border. But Turkish President Tayyip Erdogan has vowed to crush the Kurdish groups that have been effective in defeating Islamic State in Syria.

Speaking in Abu Dhabi as part of a regional tour, Pompeo said the withdrawal of U.S. troops from Syria was a “tactical change” but the mission to destroy Islamic State and counter Iran’s influence remained the same.

In a speech in Cairo on Thursday, Pompeo vowed that the United States would “expel every last Iranian boot” from Syria, where Tehran is supporting Syrian President Bashar al-Assad.

“It’s an ambitious objective, but it is ours, and it is our mission,” he added.

The speech sought to lay out the Trump administration’s strategy for the Middle East and criticized former President Barack Obama, without naming him, for “fundamental misunderstandings” about the Middle East.

Pompeo said on Saturday the speech had not taken aim at individuals but rather the ideas of the previous administration, adding that the Obama-era policies opened the way for Islamic State and the spread of Iran’s influence in the region.