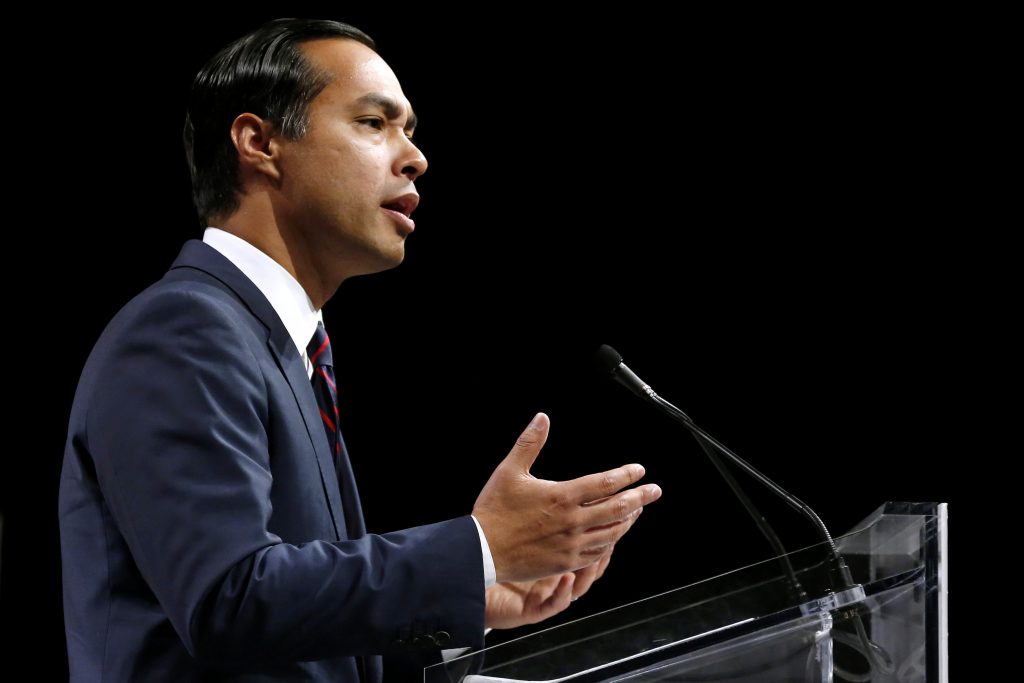 Castro, 44, the grandson of a Mexican immigrant who would be the first Hispanic elected president, served as secretary of Housing and Urban Development under former President Barack Obama and has long been viewed as a rising star in the party. He will seek to position himself as a political outsider with liberal credentials.

One of Castro‘s first stops as a candidate will take place on Monday in Puerto Rico, where he will attend an event hosted by the liberal Latino Victory Fund.

He made his announcement at Plaza Guadalupe, a landmark in San Antonio’s sprawling west side Mexican-American barrio.

In summarizing his political positions, Castro endorsed “Medicare for all,” which would in effect create a national healthcare plan by allowing anyone to join the public healthcare system. That policy point is likely to divide Democrats in the primary, with more moderate candidates favoring a less drastic approach.

He used his launch to repeat support of the Black Lives Matter movement. He spoke about the need to address climate change.

Castro, whose grandmother was born in Mexico, has sought to use his family’s personal story to criticize Trump’s border policies – including criticizing the president by name in his launch speech.

“Yes, we must have border security, but there is a smart and humane way to do it,” Castro said.

Castro is the second candidate to formally launch a campaign. Former Representative John Delaney has been running for more than a year. Senator Elizabeth Warren of Massachusetts has formed an exploratory committee and Representative Tulsi Gabbard said Friday that she will run for president.

More than a dozen potential Democratic candidates are exploring a possible run for president in 2020. Moderates and progressives in the party have been debating about how to best challenge Trump, the likely Republican nominee.

Some Democrats believe an establishment figure who can appeal to centrist voters is the way to win back the White House. Others contend a fresh face is needed to energize the party’s increasingly left-leaning base.

Castro, who was considered on the short list to be Hillary Clinton’s running mate in the 2016 election, has been out of the political spotlight for the past two years, at a time when politics has become all-consuming across America.

Mark Jones, a political analyst at Rice University in Houston who has followed Castro‘s career, says despite this, his chances of securing the nomination in what is certain to be a crowded field are slim at best.

“Julian Castro shouldn’t be counted out completely,” Jones said. “That said, his star is definitely not rising anymore, and the sun may be setting on the presidential ambitions of Julian Castro.”

Castro would be the first identical twin elected president.

His twin brother, Joaquin Castro, is a member of the U.S. House of Representatives from Texas. Joaquin Castro‘s position on the House Intelligence Committee has made him a frequent public critic of the president.