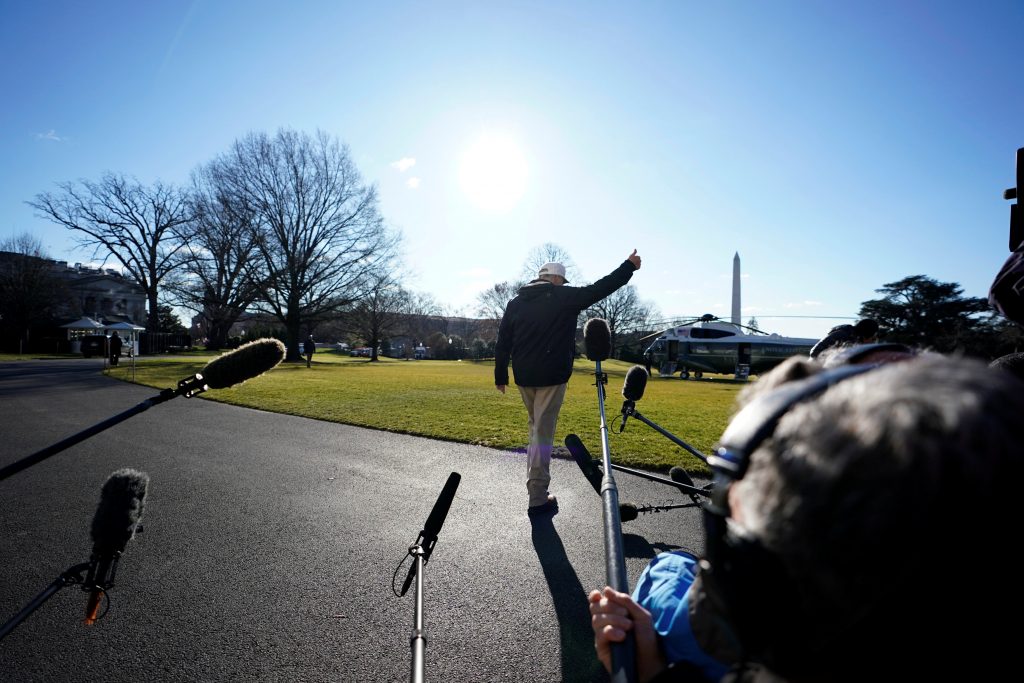 President Donald Trump on Thursday reiterated that he may declare a national emergency if Congress does not meet his demand for billions of dollars to construct a wall along the U.S.-Mexico frontier.

Trump was headed to McAllen, Texas, on the Mexican border in an attempt to win support for his wall a day after another acrimonious meeting with Democrats on funding for the barrier. A quarter of the federal government was shut down for the 20th day in the standoff.

Hundreds of thousands of federal employees are working without pay or staying home on furlough due to the shutdown, which will be the longest in U.S. history if still under way on Saturday. Trump is demanding that any legislation to end the partial closure must contain $5.7 billion for a border barrier.

As he prepared to leave the White House, Trump told reporters, “I have the absolute right to declare a national emergency. I’m not prepared to do that yet but if I have to I will … I may do it. I this doesn’t work out, probably I will do it.”

If he declares an emergency in an attempt to circumvent Congress’s power over the national purse strings, Trump likely would try to redirect money from the Department of Defense toward his proposed wall. Democrats in control of the House of Representatives have refused to fund the wall as a part or shutdown-ending legislation.

Such a step likely would prompt an immediate legal challenge over constitutional powers from congressional Democrats. A subsequent court fight could be protracted, making room for the shutdown to be ended in the interim. The final outcome would then be left up to judges, not the president and Congress.

He said, “We have to get a win … or I will declare a national emergency.”

During his visit Thursday, Trump plans to visit a border patrol station and a section of the border. McAllen is located in the Rio Grande River Valley, the busiest part of the border for illegal border crossings.