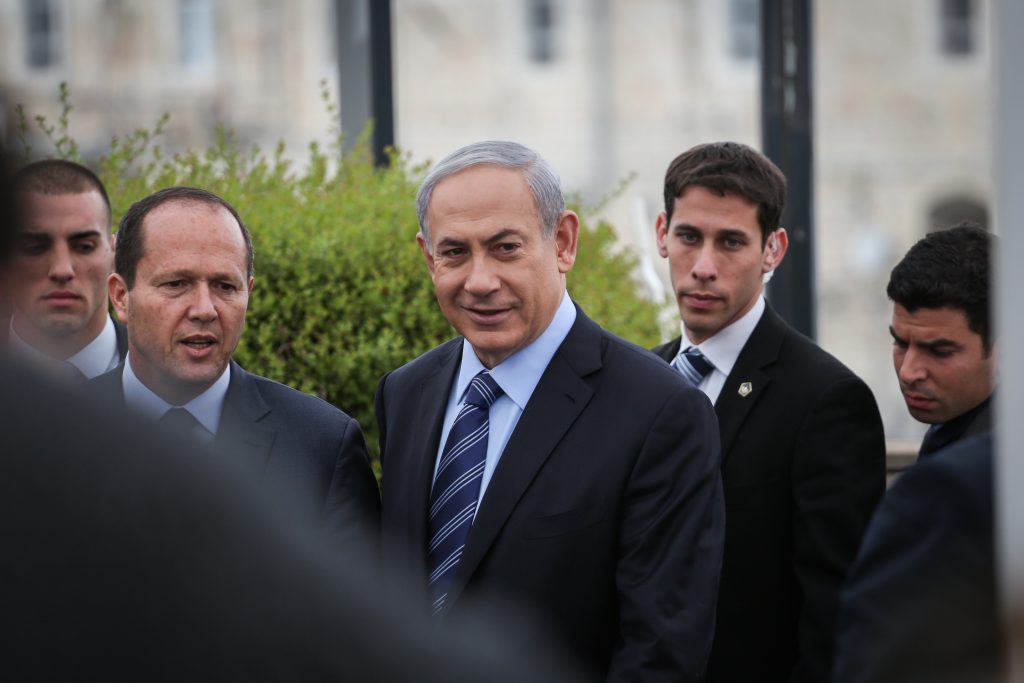 A Yerushalayim court on Thursday sentenced Jamal Rashada, an Arab terrorist who threatened to kill, among others, Prime Minister Binyamin Netanyahu and former Yerushalayim Mayor Nir Barkat, to 11 years in prison. Rashada, 30, is a resident of the Shuafat neighborhood. He was convicted on various terror charges, including espionage, conspiracy to murder, and aiding the enemy in time of war.

Rashada was directed by foreign terror elements to carry out the attempted murders, as well as to conduct attacks on other targets, including buildings belonging to the American consulate in Yerushalayim, as well as against a group of Canadian officials who were visiting Israel. He had gathered intelligence on his targets, and worked with the foreign elements to plan the attacks, investigators said.

The 11-year sentence was the result of a plea bargain. Yerushalayim prosecutors said in a statement that the punishment fit the crime. “His objective was to harm Israelis and cause havoc in the country. We will continue to pursue cases such as these to bring to justice all those who seek to compromise the security of Israel or of Israelis,” the statement said.

Also Thursday, a Yerushalayim court approved a plea deal that sentenced Arab terrorist Jamal Tamimi to 18 years in prison. Tamimi was convicted of murdering Hannah Bladon, an exchange student from the U.K., stabbing her to death as she stood on a light rail train in Yerushalayim.

Tamimi, a 58-year-old resident of the Ras al-Amud neighborhood of Yerushalayim, was arrested after he stabbed Bladon numerous times. Tamimi was disarmed by an off-duty police officer who tackled him immediately after the stabbing. Under questioning, Tamimi told interrogators that he stabbed Bladon in order to prompt soldiers to shoot and kill him. According to officials, Tamimi suffered from a number of mental issues, and had been in and out of psychiatric institutions for years.