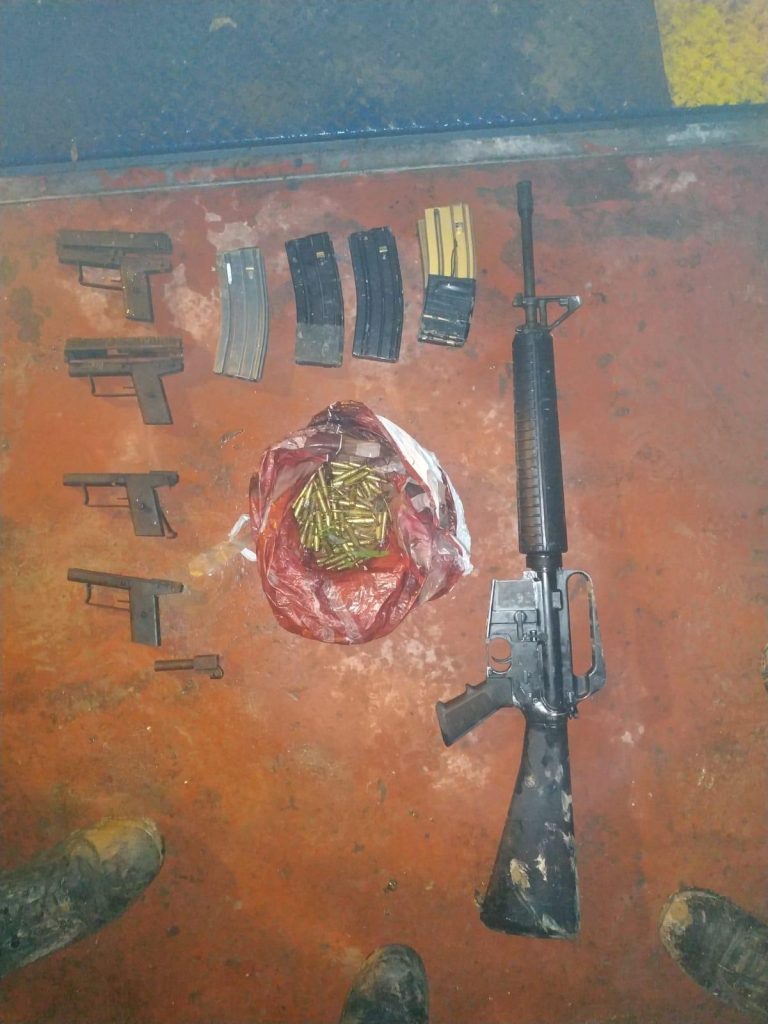 Security forces overnight Wednesday stopped and inspected a suspicious vehicle in the Chevron area that was found to be carrying weapons that were to be used in terror attacks. The vehicle was stopped after it tried to avoid a checkpoint. Among the weapons was an M-16 rifle. Two suspects were arrested.

This is the fifth time in a week that security forces have discovered such weapons while searching Arabs. In a statement, the army said that such weapons were used in terror attacks as well as for criminal activity, and that security forces were determined to seize all weapons that were being held illegally by all people, in order to better protect all Israelis and residents of Palestinian Authority-controlled areas, who are also under threat by terrorists and criminals.

Also overnight Wednesday, an Arab from Jenin was arrested trying to smuggle 12 European goldfinches (also known as songbirds), which are protected in Israel. Officials said that the birds were held in “cruel” conditions, in a cage on the floor of the vehicle they were being transported in. Although they are not an endangered species, the numbers of European goldfinches have fallen dramatically in recent years, due to hunting, scientists say.

Overnight Wednesday, security officials said they arrested 18 wanted security suspects in other areas in Yehudah and Shomron. The suspects were wanted for participating in rioting and throwing stones and firebombs that endangered Israeli civilians and IDF soldiers. Several of the suspects were also charged with belonging to Hamas. All were being questioned on their activities by security forces.