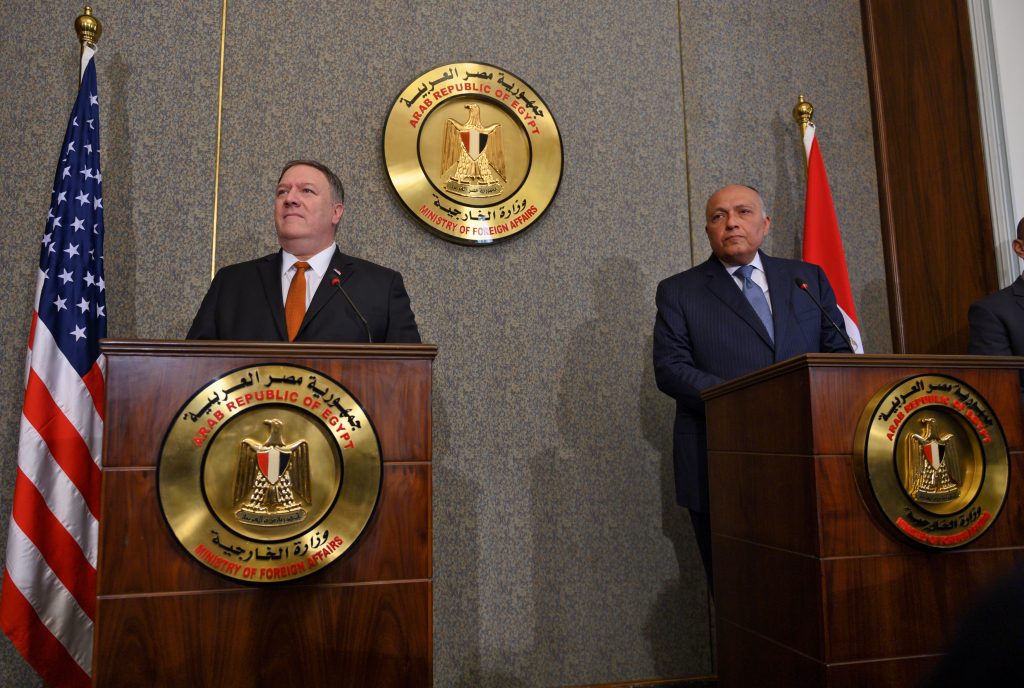 U.S. Secretary of State Mike Pompeo has blamed Obama administration policies for Iran’s increased penetration of the Middle East, including the buildup of the Hezbollah missiles stockpile.

“President Trump has reversed our willful blindness to the danger of the regime and withdrew from the failed nuclear deal with its false promises,” he said in a speech during a visit to the American University in Cairo on Thursday. The Egyptian capital was the site of a major speech Obama gave in 2009 in the first year of his presidency in an attempt to reach out to the Arab world.

“America’s penchant for wishful thinking led us to look the other way as Hezbollah, a wholly owned subsidiary of the Iranian regime, accumulated a massive arsenal of approximately 130,000 rockets and missiles,” he said.

“That arsenal is aimed squarely at our ally Israel.

“The results of these misjudgments have been dire… we grossly underestimated the tenacity and viciousness of radical Islamism, a debauched strain of the faith that seeks to upend every other form of worship or governance,” he continued.

“ISIS drove to the outskirts of Baghdad as America hesitated.”

The secretary did not mention former President Obama by name but referred to him as “another American” who gave a speech in the capital of the Arab world’s most populous nation. Reuters described it as a “blistering critique of the policies of President Donald Trump’s predecessor.”

Pompeo also hailed the development of ties between Israel and Arab Gulf states, commending them for putting aside “old rivalries” in order to confront Iran.

“New bonds are taking root that were unimaginable until very recently,” he said, citing Prime Minister Netanyahu’s trip last year to Oman, a country with which Israel has no formal ties.