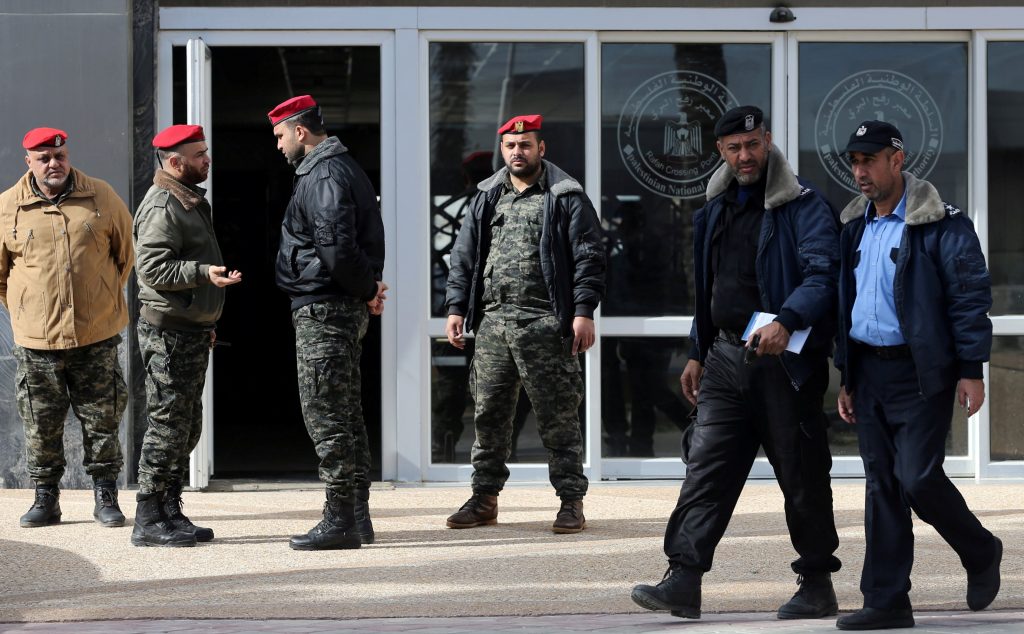 With Israel still preventing the transfer of the third installment of Qatari funds to Hamas, security officials were preparing for an uptick in tension at the Gaza border. On Thursday, Arab media reported that Israel has asked Egypt to reopen the Rafiach crossing, which was closed earlier in the week after the Palestinian Authority withdrew its representatives from the crossing, with Hamas taking over their positions. A report on Army Radio said that Egyptian officials were in Israel and Gaza on Thursday, attempting to stem the potential unrest.

Israeli officials are concerned that Friday could be a flashpoint for numerous tensions that have been building up in recent weeks, with much of that tension due to the deteriorating relations between Hamas and Fatah, as represented by the Palestinian Authority government in Ramallah. Hamas agents took over the Rafiach crossing on the Gaza border with Egypt on Monday – after the Palestinian Authority said that it would not deploy its personnel to operate the crossing. That move came after dozens of PA employees were arrested in recent days by Hamas, essentially putting an end to a “reconciliation agreement” signed by both sides in November. Hamas said that with its arrests it had responded to a major roundup of Hamas sympathizers in PA-controlled areas of Yehudah and Shomron,

As a result, Egypt closed the border Tuesday. The operation of the crossing was conditioned on the PA being in charge of it. The crossing is supposed to be jointly operated by Hamas and the PA, with Israel supervising activity via cameras. The crossing enables Gaza residents to leave the Gaza Strip via Sinai. Operation of the the crossing has been spotty over the past decade, with the crossing often closed by Egypt when tensions rise in the region. The PA said Tuesday that it was preparing to take more steps against Hamas in PA-controlled areas of Yehudah and Shomron.

Meanwhile, Hamas is angry over Israel’s decision to withhold the third installment of cash that was supposed to be delivered this week in its deal with Qatar. The decision by Prime Minister Binyamin Netanyahu on Monday came in the wake of a Hamas attack early Monday, in which the terror group fired a rocket at Ashkelon. That decision followed a night in which thousands of residents of southern Israel were roused from their sleep by the Red Alert alarm system, the first time in weeks that this has happened. Israel responded by hitting Hamas targets in Gaza.

The ramping up of terror that occurred in November and December was resolved in part by the decision by Israel to allow $60 million in Qatari cash to be transferred to Hamas via Gaza border crossings. So far, $30 million of that money has been transferred. In the wake of Netanyahu’s decision Monday, the IDF was ramping up security and forces in southern Israel, as it was likely that Hamas would conduct more attacks.

On Thursday, Army Radio reported that Israel had ordered Gaza merchants who were in Israel to return home on Thursday, instead of on Friday, as usual. The change is “possibly due to what security officials expect at the border” on Friday, the report said.