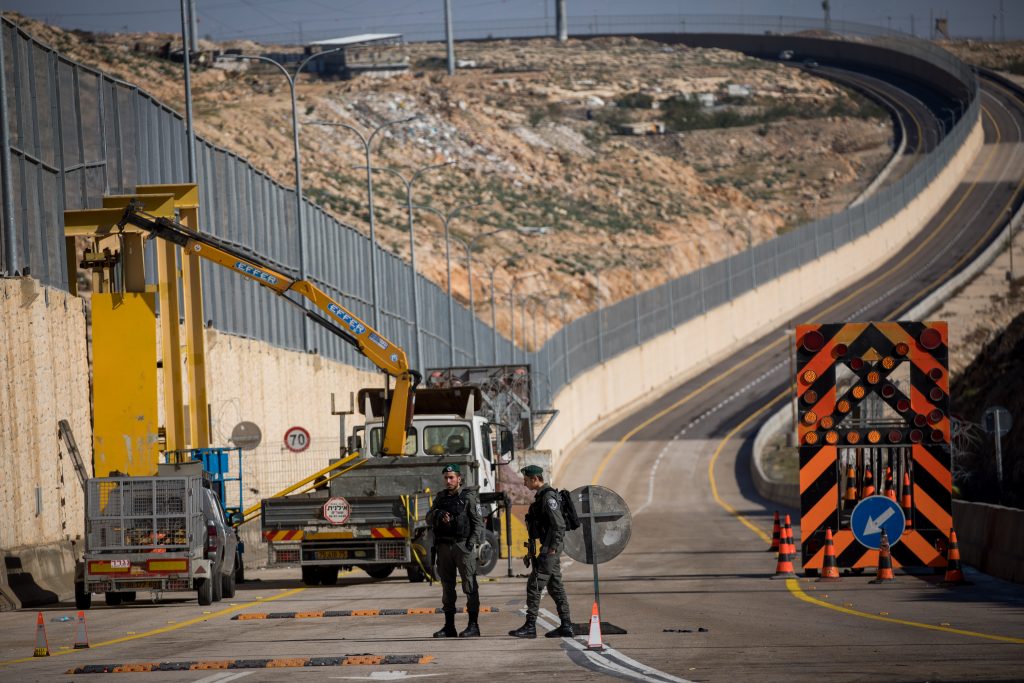 Israel’s new Route 4370 is designed to provide greater security for Israeli travelers in Yehudah and Shomron, but the way it accomplishes this has drawn condemnations from the Palestinians.

The road, which was opened on Thursday morning, has a physical barrier separating Israeli and Palestinian traffic, the first of its kind. Other roads in Yehudah and Shomron have such separations but not like 4370 — a concrete wall 24 feet high, topped with fencing, according to the Times of Israel.

The two-lane road connects Geva Binyamin, also known as Adam, north of Yerushalayim, to the capital’s French Hill neighborhood. The parallel two lanes branch off and to the east and south of the city, designated for vehicles of Palestinians who do not have access permits for Yerushalayim, according to a statement from the Binyamin Regional Council.

“This is an Israeli example of apartheid and racist separation that once existed in South Africa. Any Israeli who believes in democracy should feel ashamed about this new road,” he said.

“All roads in the state of Palestine should be accessible to Palestinians,” PA Transportation Ministry Spokesman Mohammad Hamdan said, referring to his hoped-for state. “This new road is absolutely unacceptable and embodies barefaced discrimination against the Palestinian people.”

On the other hand, Israel’s Transportation Ministry said the road provides “a solution for all populations, Israeli and Palestinian.”

Binyamin Regional Council chairman Yisrael Gantz hailed Route 4370 as “nothing less than an oxygen pipe for residents of Binyamin and the surrounding area, who work, study and enjoy themselves in the capital city.”