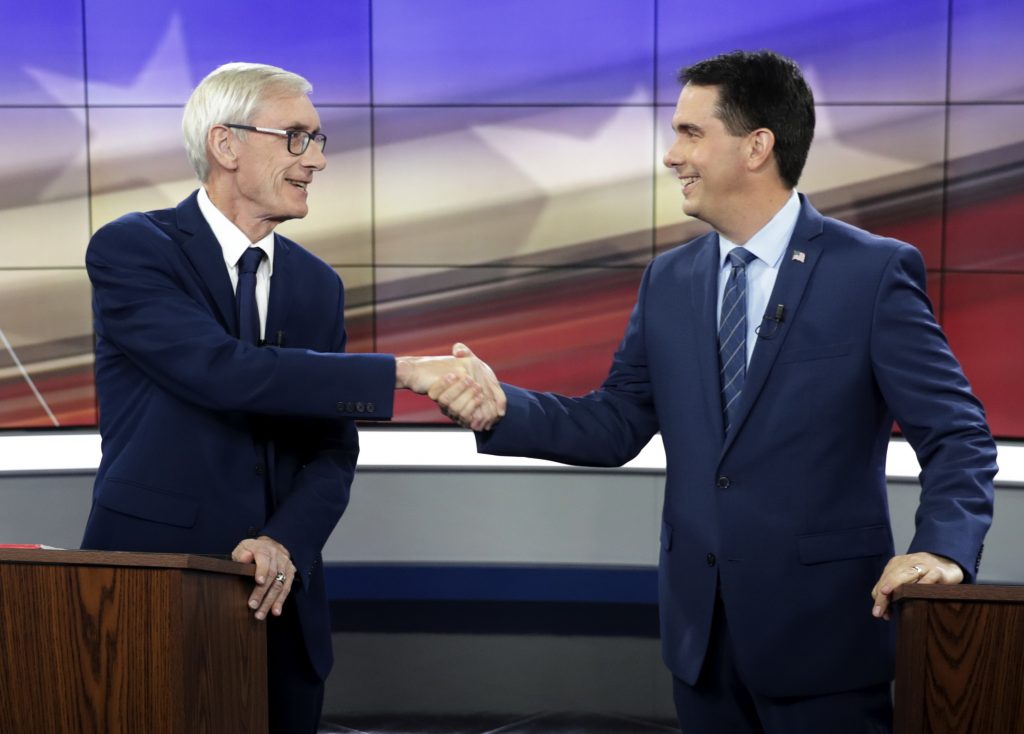 A coalition of liberal-leaning groups planned to file a lawsuit Thursday seeking to void laws passed by Wisconsin Republicans that reduced the powers of the newly elected Democratic governor and attorney general.

The legal challenge will be the first seeking to undo all of the measures approved during last month’s lame-duck legislative session. The lawsuit argues the session was unconstitutional because it amounted to an illegal gathering of lawmakers. Then-Gov. Scott Walker, who was defeated by Democrat Tony Evers in November, quickly signed the legislation before leaving office.

The new laws included taking away Evers’ ability to withdraw the state from lawsuits without legislative approval. That that would prevent Evers from fulfilling his campaign promise to remove Wisconsin from a multi-state lawsuit seeking repeal of the federal health-care law. The laws also prevent Evers from rescinding federal Medicaid waivers approved under the Walker administration.

Another new law gives the Legislature, rather than newly sworn-in Democratic Attorney General Josh Kaul, the power to decide how to spend money obtained from lawsuit settlements.

The coalition’s lawsuit hinges on the procedural move Republicans used to call themselves into what is known as an “extraordinary session.” The lawsuit argues that the Wisconsin Constitution only allows for the Legislature to meet “at such time as provided by law” or in a “special” session, which is a session called by the governor. The lawsuit contends the session held in December didn’t fit either category.

The groups filing the lawsuit are the League of Women Voters, Disability Rights Wisconsin, Black Leaders Organizing for Communities and three Wisconsin voters. Their attorney, Jeffrey Mandell, provided a copy to The Associated Press and said it would be filed Thursday morning in Dane County Circuit Court.

Evers spokeswoman Melissa Baldauff said the governor expected such a legal challenge and that he would consult with his attorney about his next move.

“This legislation was a hasty and cynical attempt by Republicans to override the will of the people,” Baldauff said Thursday.

Legislative “extraordinary sessions” are common in Wisconsin, but the nonpartisan Legislative Reference Bureau said the session held in December was the first time it had been used to restrict the powers of an incoming governor and attorney general.

The lawsuit comes as state Rep. Jimmy Anderson, D-Fitchburg, also was planning to file a complaint with the Dane County district attorney seeking to void the lame-duck laws. Anderson is paralyzed from the waist down and in a wheelchair. He contends Republican lawmakers violated the state’s open meetings law by not revealing when they would vote on the bills.

Anderson, who said he can’t be in his chair more than 16 hours a day, missed the early morning vote that came after Republicans negotiated the bills in private all night long.

Tom Kamenick, an attorney with the conservative Wisconsin Institute for Law and Liberty, said Anderson’s allegation was baseless because the state Supreme Court has already ruled courts can’t hear open meetings law complaints against the Legislature.

“I’m not aware of any cases or interpretations of open meetings law holding that a session can be ‘too long’ such that it excludes somebody,” Kamenick said.