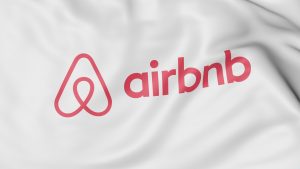 Israel is not satisfied with Airbnb’s promise to review its decision to delist sites in Yehudah and Shomron and will pursue legal action until the company cancels it, Strategic Affairs Minister Gilad Erdan has warned.

“As long as Airbnb does not rescind its policy of discriminating against the citizens of Israel, we will continue to promote steps against the company, both in the regulatory and legal spheres here in Israel and vis-à-vis our friends in the U.S. and around the world,” Erdan said on Wednesday, according to The Jerusalem Post.

Airbnb stated that it opposes the Boycott, Divestment and Sanctions movement and maintained the delisting plan was part of a broader policy of withdrawing from disputed areas. Critics said that the company singled out Yehudah and Shomron, and had no plans to delist other areas, despite land disputes.

In the meantime, rental listings in Yehudah and Shomron can be still be found on the company website.

“It is not enough that they came here, held a few meetings and declared that they are against the BDS [movement]. They have to prove it in deeds,” Erdan said, referring to a visit from Airbnb executive Chris Lehane in December.

“We won’t tolerate any form of boycott against Israeli citizens, not in Yehudah and Shomron and not anywhere else,” he said.