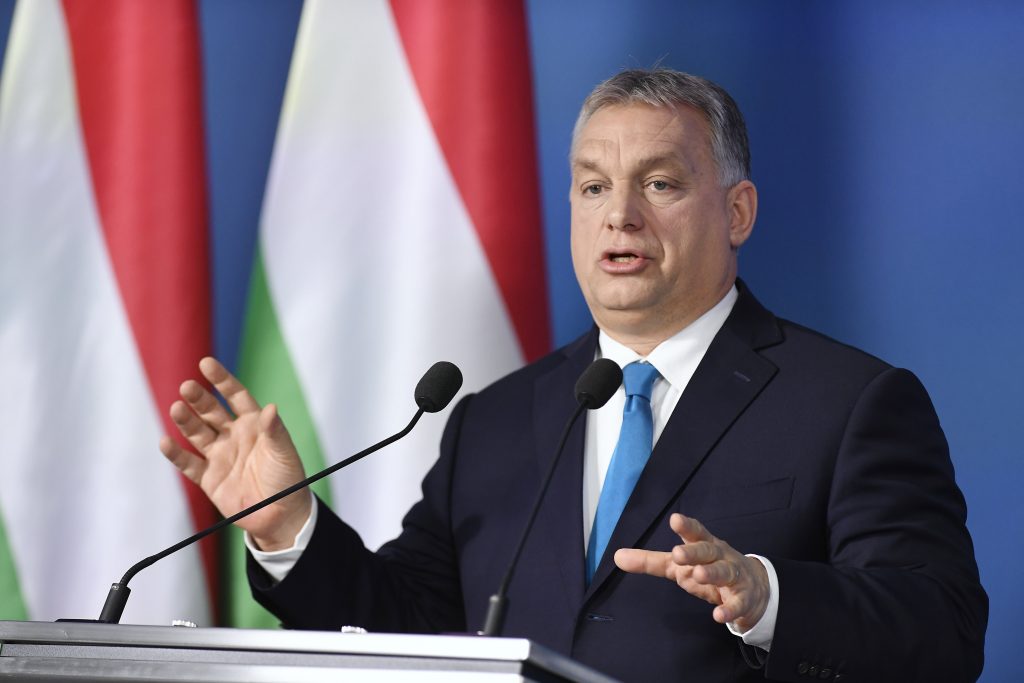 Hungary’s prime minister said Thursday that his country’s objective for the upcoming European Parliament elections is for “anti-immigration forces” to become a majority in all European Union institutions, including Parliament and the EU’s executive Commission.

Viktor Orban also said that he had “great hopes” for cooperation between Italy and Poland, both of which oppose immigration, and said he continues to view hard-line Italian Interior Minister Matteo Salvini as “my own hero.”

Orban, who won a third consecutive term in April with an electoral campaign based on anti-immigration policies, predicted that there would be two civilizations in Europe — one “that builds its future on a mixed Islamic and Christian coexistence” and another in Central Europe that would be only Christian.