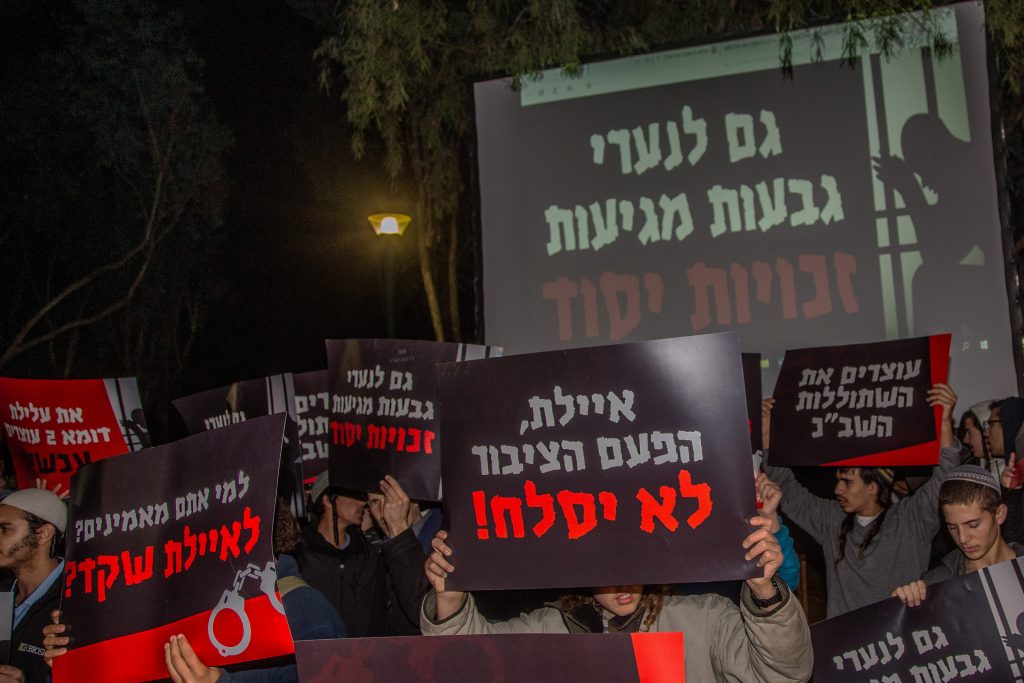 After holding them for 12 days, police plan to release to house arrest four of the five youths arrested on suspicion of throwing rocks at an Arab vehicle that led to the death of a 58-year-old mother of nine, Yediot Acharonot reported. The house arrest would be for a period of six days, during which time they would not be allowed to contact anyone involved in the case. Police will ask the court to authorize the arrangement on Thursday, the report said.

According to the Shin Bet, the five were involved in a rock-throwing incident that occurred on Friday night, Oct. 10, 2018. The youths, who are students at Yeshivat Pri Ha’aretz in the Shomron town of Rechelim, are accused of leaving the yeshivah late Friday night and throwing stones at Arab vehicles. They struck a vehicle in which the woman was riding along with her husband. As a result of the attack, the vehicle skidded and overturned, injuring both seriously. The woman died of her wounds in the hospital.

The Shin Bet has been conducting the investigation for over a week, and has questioned dozens of suspects. On Wednesday night, the agency raided Pri Ha’retz and questioned some 40 youths. The agency has been accused of using heavy-handed tactics in the pursuit of an investigation against the youths; they were held in custody for at least a week without being allowed to meet with attorneys, and their lawyers accused the agency of trying to intimidate the youths in order to extract a confession, using threats and violence.

The youths’ attorneys, Itamar Ben-Gvir and Adi Keidar, said  it was clear that the Shin Bet had no choice but to release the youths. “From the beginning I said that the suspicions here were not serious, and this was confirmed when I saw the spin that the Shin Bet tried to put on this story,” Ben-Gvir said in response to the police announcement. “It’s clear that the arrests were for the public relations purposes of the Shin Bet. I cannot understand how the prosecution allowed these arrests in the first place, as it was clear that there was no evidence at all against them. My client spent 12 days in a very difficult situation and is suffering from trauma. Who is going to compensate him for that trauma?

“Police failed to pursue the possibility that this was an attack by Arabs against Arabs, they refused to conduct that investigation, as it does not match their agenda that this must have been an act of ‘Jewish terror,'” Ben-Gvir added.

Keidar said that the fact that police were releasing the youths “confirms our claims that they are completely innocent, and that the line of investigation authorities were taking was incorrect. I expect the Shin Bet and police to apologize to the youths, their families, and the Rabbis they accused of conspiring to cover up this ‘murder.’”