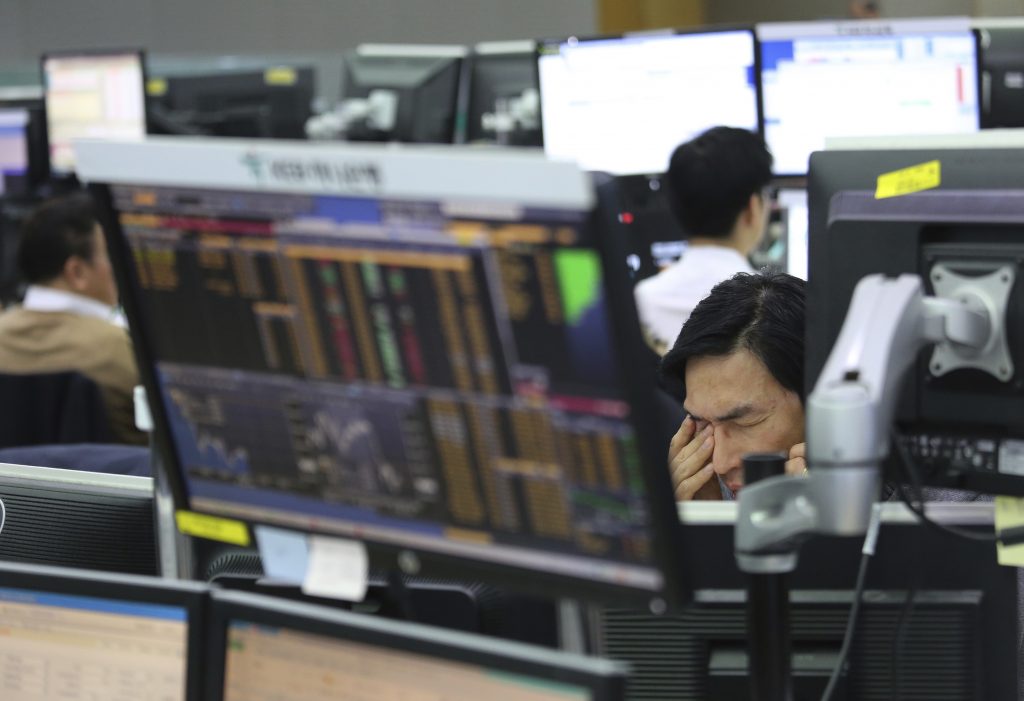 Asian shares edged up on Thursday on a weaker dollar and hopes of more economic stimulus in China, but many stocks seesawed as markets awaited some details on this week’s U.S.-China trade talks amid hopes an all-out trade war can be averted.

MSCI’s broadest index of Asia-Pacific shares outside Japan rose 0.2 percent, hovering at a near four-week high, helped by a fall for the dollar.

European stocks are expected to open lower. Spread-betters looked for Britain’s FTSE to be 0.2 percent lower, France’s CAC off 0.5 percent and Germany’s DAX down 0.4 percent.

Wall Street’s S&P 500 rose 0.41 percent on Wednesday, extending its gains from 20-month lows touched around the end of December to more than 10 percent.

But E-Mini futures for the S&P 500 were down half a percent.

Delegations from China and the United States ended three days of trade talks in Beijing on Wednesday in the first face-to-face negotiations since both sides agreed to a 90-day truce in their trade war.

China’s Commerce Ministry said on Thursday the talks were extensive, and helped establish a foundation for the resolution of each others’ concerns.

However, there were few concrete details on the meetings, which were not at a ministerial level and thus not expected to produce a deal to end the trade war.

Risk assets extended a days-long rally overnight after minutes from the Federal Reserve’s December meeting showed that many policymakers believed they could be patient about future U.S. monetary tightening, while a few did not support the central bank’s rate increase last month.

Figures out of China on Thursday showed the country’s consumer prices and factory-gate inflation both increased less than expected in December, with the latter rising at the slowest pace in over two years.

The pace of month-on-month increases in factory-gate inflation declined for a second straight time.

“If this trend persists, it may turn negative on year-on-year terms this year and more radical stimulus measures, such as benchmark interest rate cuts, may become possible,” said Betty Wang, senior China economist at ANZ Research.

Chris Weston, Melbourne-based head of research at foreign exchange brokerage Pepperstone, said he viewed more gains in oil prices as a key driver for any further rise in risk appetite.

If U.S. crude futures can break through the $55 level, “you’re going to see real yields probably lower. That’s really good for the cost of money and taking some further headwinds out of the U.S. dollar,” he said.

The dollar remained on the defensive after hitting its lowest level since mid-October amid the signs Fed policymakers are becoming more cautious about future rate hikes and as investors unwound safe-haven bets due to optimism over the trade talks.

The yuan strengthened, breaching the key 6.8 per dollar level for the first time since August in both onshore and offshore trade.

Against a basket of six major rivals, the dollar briefly dipped to 95.029, its lowest since Oct. 16, and was last down 0.1 percent.

The dollar lost 0.2 percent against the yen, a safe-haven currency that’s often preferred by traders during times of market and economic stress.

The Canadian dollar retreated in line with oil prices, and last traded down 0.2 percent at C$1.3232. It had risen to a five-week high during the previous session.

The Bank of Canada held interest rates steady as expected on Wednesday but said more increases would be necessary even though low oil prices and a weak housing market will harm the economy in the short term.